This project began with a simple question that we often found ourselves thinking as we rode the subway from the neighborhoods where we lived to one of the half dozen areas we would regularly visit for work, shopping, or nightlife: ‘What if I just got off here? What’s up there?’

The Seoul subway system carries over 3.5 billion passengers annually, runs over hundreds of kilometers of track, and has nearly 500 stations. But how many of those stops does the average person ever use, whether they’re an expat or a lifelong Seoulite? How many of the surrounding neighborhoods do they ever see? We use the station near our home, the one near work, and a few others near where we regularly go out, shop, or eat, but what if we just picked a random station and went there? What would we find?

With Seoul Sub→urban, we try to answer those questions. (For practicality’s sake we limit our scope to stops within the Seoul city limits.) On our blog you’ll find the results of our excursions, where at each stop we explore the surrounding area; check out local attractions, architecture, and history; and attempt to get a feel for the pulse of some of Seoul’s myriad neighborhoods.  This is, more than anything, an excuse for us to explore and get to know a city we love. We hope that by doing that for ourselves we’ll encourage some of you to do it too.

It’s a big city. Get on the train. 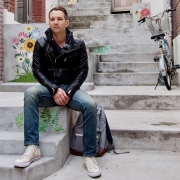 Charlie (Writing): Born and raised in Wisconsin, Charlie Usher is freelance writer and editor at MorningCalm, Korean Air’s travel magazine. In addition to the U.S. and South Korea he has lived in Italy, New Zealand, and Australia and has traveled to over 30 countries. He has yet to find a public transportation system as good as Seoul’s.

Chris (Photography): Skateboarder and photographer from South Africa, living and working in Seoul. He’s rarely referred to himself in the third person and thinks highly of cinema. 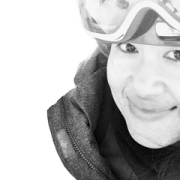 Merissa (Photography March 2013 – February 2015): Previously a finance lawyer in Singapore, Merissa Quek was inspired by what Steve Jobs said and decided to up sticks and move to Seoul.

She has been a photographer at heart since she received her first SLR at the age of 15. In addition to Singapore and South Korea, Merissa has lived in London. Her current aim is to see Antarctica and the penguins that live there. Her photography travelogue can be found here and here.

Meagan (Photography, September 2012 – March 2013): Roughly half Texan and half Georgian, Meagan Mastriani is a 100% Southern girl. She freelances and edits for Seoulist, and her work has been published in various magazines like Honest Cooking and Budget Travel. In addition to the U.S. and South Korea, she has lived in Argentina and has dreams of traveling the world. She’s addicted to coffee and blogging.

Liz (Photography, November 2009 – September 2012): Hailing from Northern Kentucky, Elizabeth Groeschen’s online portfolio can be found at http://www.elizadele.com. She has studied at Loyola University Chicago, and School of the Art Institute of Chicago. In addition to the U.S. and South Korea, she has lived in Italy and the Czech Republic. She doesn’t commute without an iPod and isn’t afraid of singing to strangers.