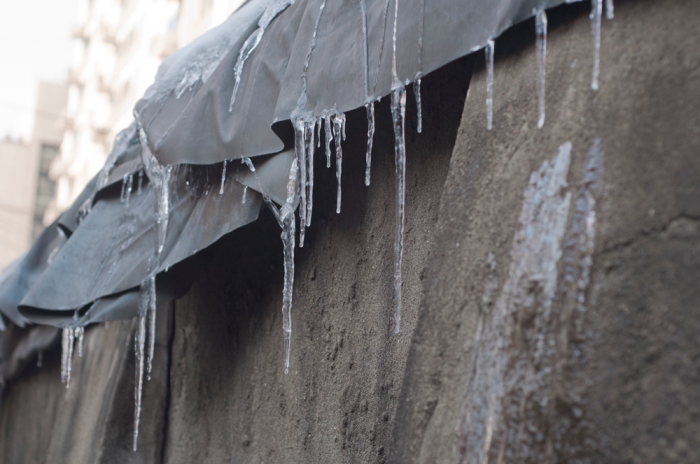 Apologies to anyone who lives in Jeungmi, but y’all’s neighborhood is boring.

This is the kind of neighborhood that is typically mentioned when Seoul’s urban fabric is criticized for being too bland, too monotonous, too repetitive.  In general, that criticism is unfair and inaccurate, as I’ve said before and as readers of this blog will agree with.  But there are occasions, neighborhoods, where I can’t much argue.  Jeungmi’s one of those. 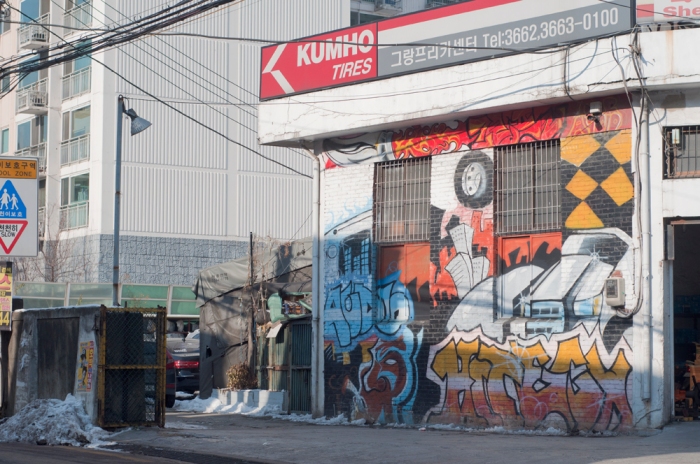 The area around the station is apartments, schools, churches, and chain stores.  A giant E-Mart anchors the neighborhood.  Out Exit 3 and down Gonghang-dae-ro-59-gil (공항대로59길) were a few autobody shops – cars with their hoods up, stripped down, one with practically the entire front end chopped off – but curling back toward the station through the backstreets I was again surrounded by the newish apartment buildings of the Gangseo bourgeoisie, though I also saw a couple old folks pushing around flatbeds of cardboard they planned to recycle, reminding that not everyone around here was on the same rung of the ladder.

Behind that giant E-Mart and the mint green warehouses of 한일물류센터 (Hanil Logistics Center), the narrow strip between the station and the Han River is a mostly anonymous area of more apartment complexes and schools.  I did notice some signs pointing to the Yanghwa (양화) section of the Han River Park (한강공원), however, and I followed these, passing a group of kids just out of elementary school for the day and throwing snow at each other.  When I got to where the signs pointed, though, the entrance was closed off by gray metal construction fencing. [Note: It was open when I visited. – Meagan] 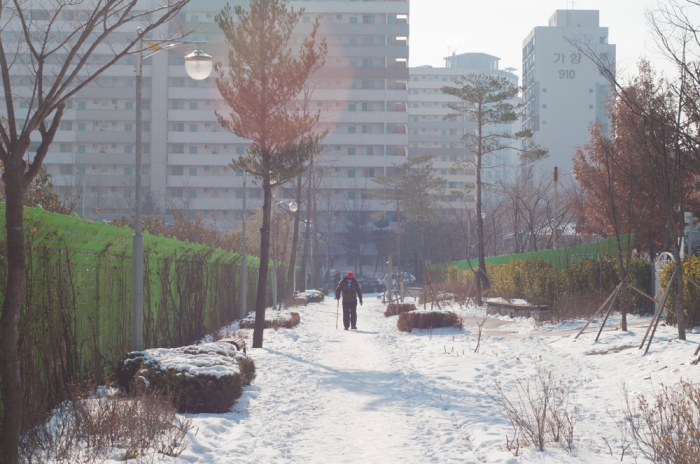 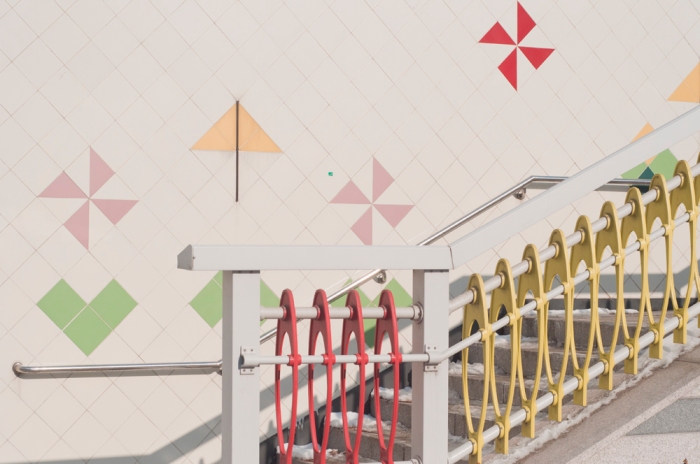 The only thing left in the neighborhood to check out was Jeungmi Hill Park (증미산공원), out Exit 2 and left on Yangcheon-ro-61-gil (양천로61길).  I trudged through some packed-down snow to reach a set of stairs leading up into the park, at the top of which was a trail that led through the trees.  This too was merely a meter-wide strip where the snow had been tamped down by passing boots, fallen leaves poking up through the white, not quite ready to concede the change in seasons. 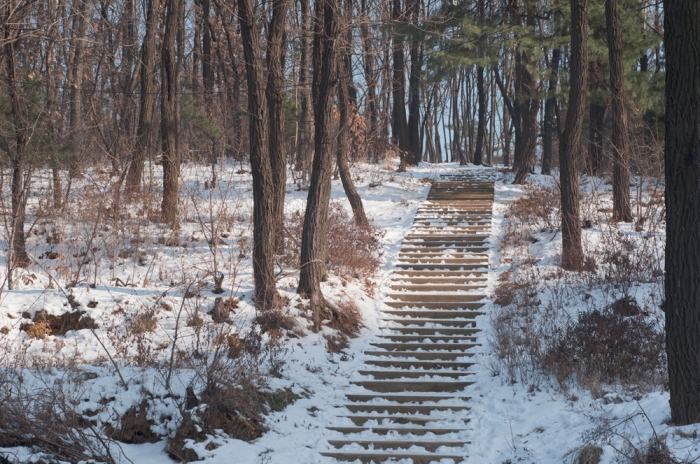 There was essentially nothing in the park, only one small area with two benches and some exercise equipment.  Apart from that it was only paths through trees, and those currently only depressions in the snow.  There were a few firs, stubbornly green, and a few trees with bushels of dead brown leaves still clinging on, but most trees were completely bare, stripped to their jagged essence.  In the tops of some were the shaggy orbs of birds’ nests.  Walking up the stairs, with the exercise equipment not yet visible, I almost felt like I was back in my childhood, trudging through the central Wisconsin woods, a black and white world of cold and clouded breath.  As long as I didn’t turn around to see the apartments behind me and I blocked out the sound of the expressway traffic the illusion held.  Then I reached the top of the hill and I saw the slate expanse of the Han through the trees.