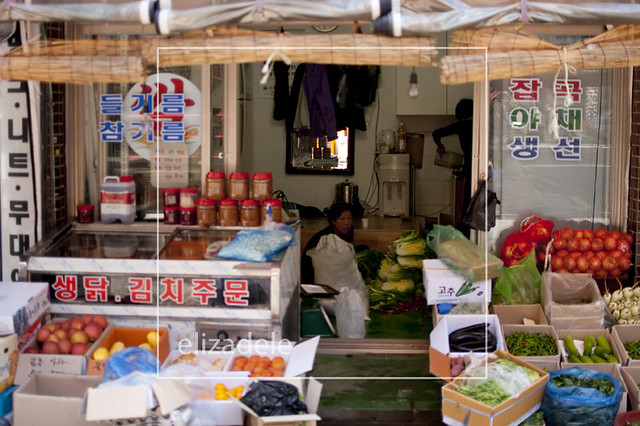 Mokdong this week and, again, not too terribly much to report back on for the aimlessly wandering Seoulite.  A fairly well-known neighborhood in Seoul expat circles due to its relative affluence and corresponding preponderance of hagwons and the foreign teachers that go with them, it nevertheless felt – to us at least – a bit anonymous. 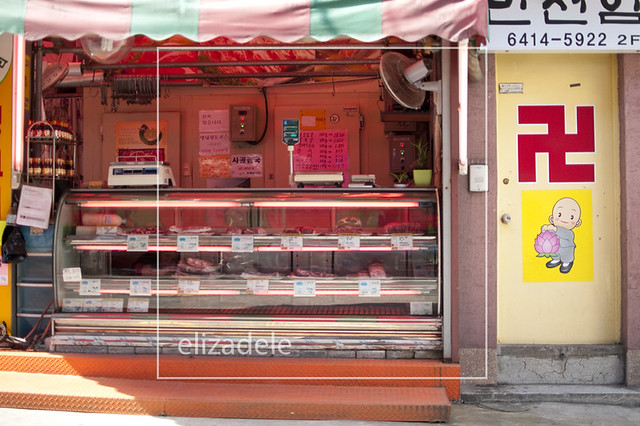 Mokdong Station sits at a five-way intersection that was fairly busy on the Saturday we visited, people out taking advantage of the Indian summer the city was enjoying.  We left Exit 1, which comes out just north of Omok-ro (오목로), and strolled west before looping around and returning on a parallel street, each taking us past a very typical collection of restaurants, shops, pubs, and hagwons. 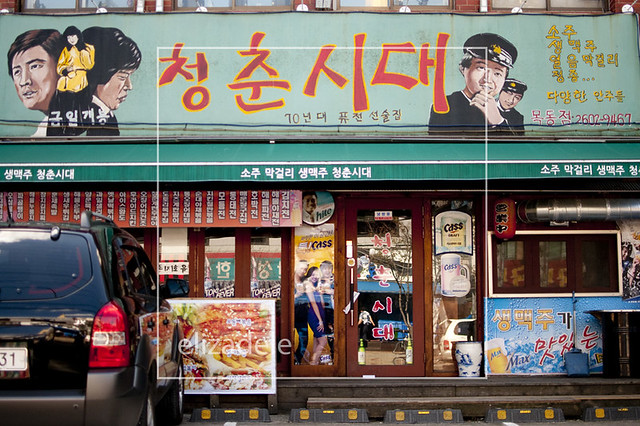 As seemingly any area in Seoul combining clothing with a bit of affluence feels compelled to do, Mokdong has a designated Rodeo Street (목동로데오거리).  Back at the station we headed there next, walking north on Deungchon-ro (등촌로) from Exit 2 before hanging the first left onto Rodeo Street, which is marked with a large green sign depicting a cowboy atop a bucking bronco.  The Eastern portion of Rodeo Street is lined almost exclusively with clothing shops – some smaller boutiques; some outlets of larger Korean and foreign companies like Tommy Hilfiger, Bean Pole, Nike, and Nepa – but the theme runs out of steam by the time you reach its western end, where a couple of automotive and tire shops sit. 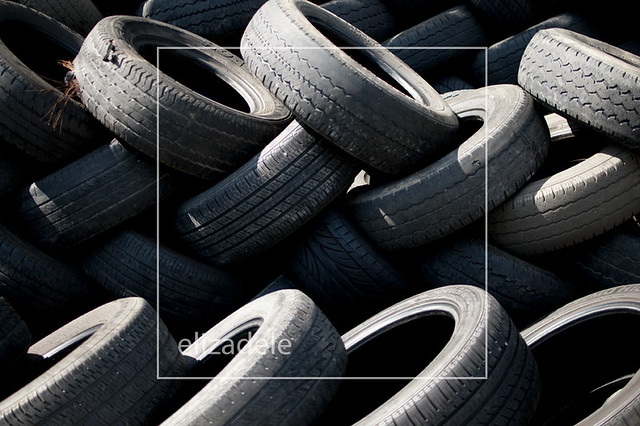 Nevertheless, this entrance, at the intersection with Jemulpo-gil (제물포길), is denoted by a cubic statue of a red and white bull proclaiming ‘Welcome to Mokdong Rodeo Street.’ 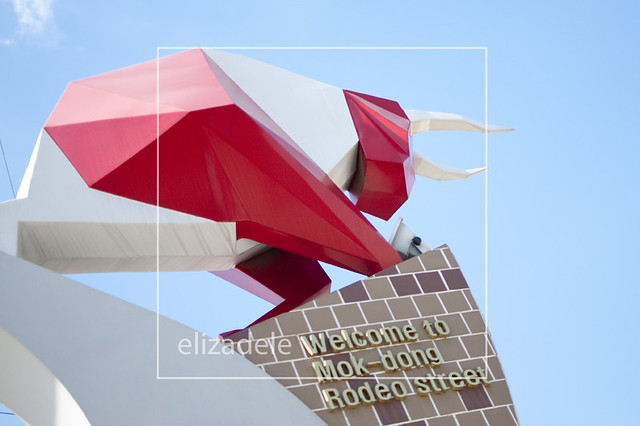 Wandering back in the general direction of the station through the side streets between Jemulpo-gil and Omok-ro brought us to Yodan Dry Cleaning (욛단 드라이크리닝), where a pause for Liz to take a couple shots of clothing racks outside turned into an impromptu photo shoot. 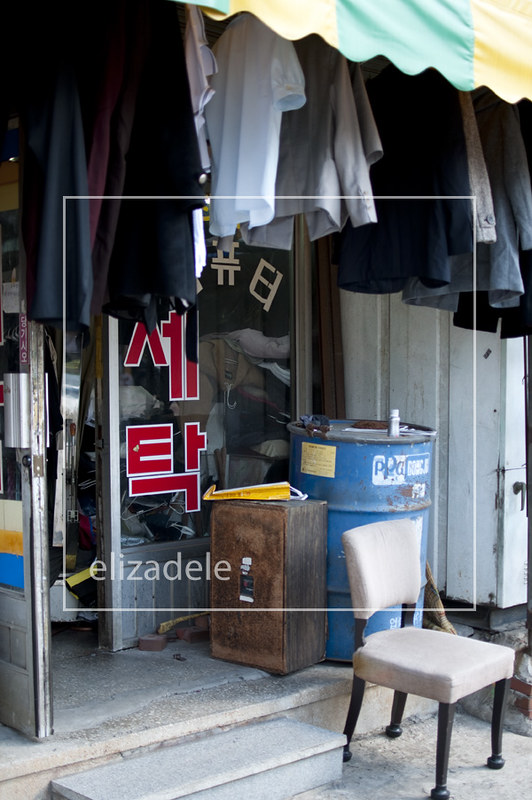 The curious proprietress came out to see what a couple of random foreigners were doing taking pictures of her shop and just a few moments later had been convinced by Liz to pose for a few snaps in front of her business. 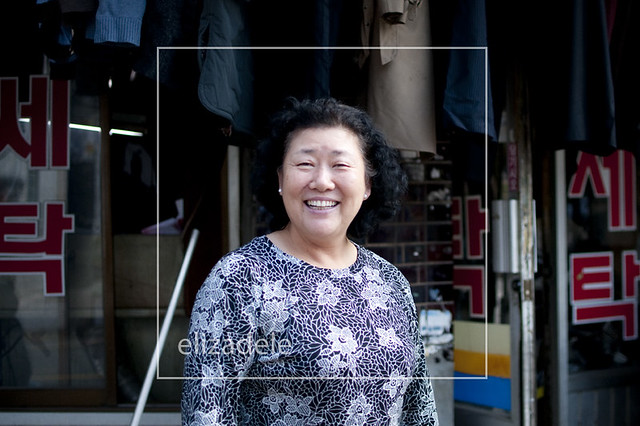 This led to her getting her friend from the fried chicken joint next door to join her and then to her suggesting some shots by the potted flowers in front of the restaurant.  Liz asked for her e-mail so she could send her the photos later, and although she was sufficiently old-school not to have an e-mail address she was enthusiastic enough to call her rather confused daughter and get hers. 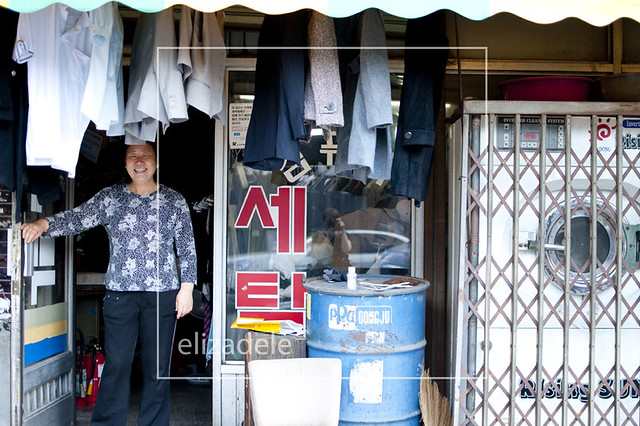 After finding our way back to the station we headed out Exit 4 and east down Omok-ro, which offered very little of interest, being mostly blocks of apartments.  Eventually we came to the Trapalace and Hyperion II complexes, a couple of very posh addresses indeed, and I was going to include those here to fill the post out a bit but, well, they’re closer to Omokgyo Station so you’re just gonna have to wait till we’re there.  Rules is rules. 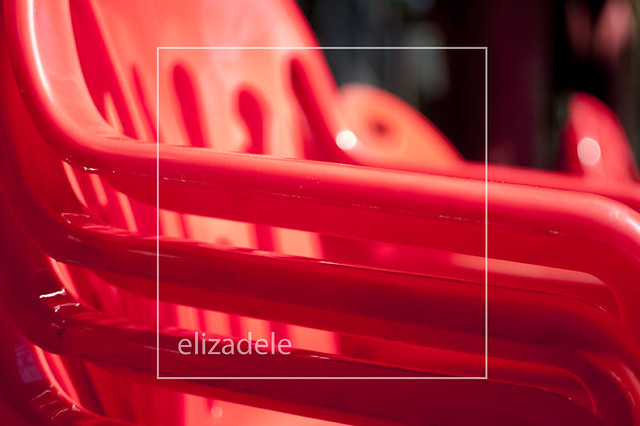 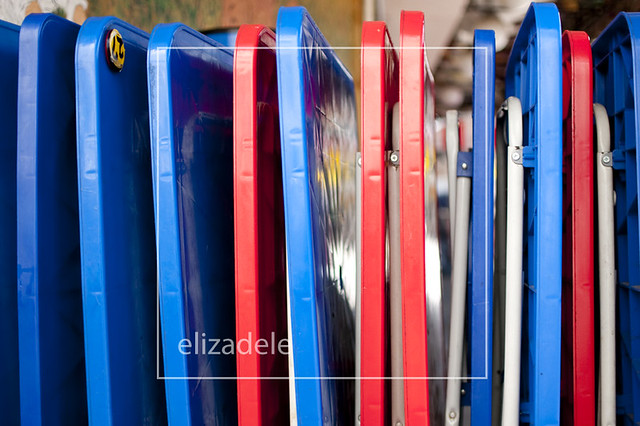