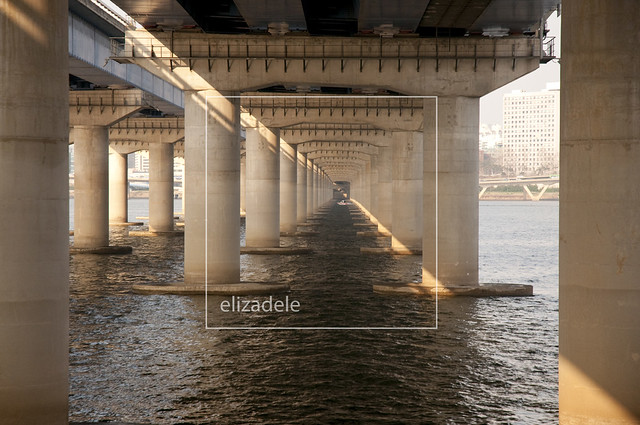 Because the western side of the number 5 line crosses the Han River by a deep tunnel and not a bridge, Yeouinaru Station, at 27.5 meters below sea level, is the lowest subway station in Korea.  Liz and I visited with our friend Casey this past Saturday, and the area was absolutely buzzing with people out to see Yeouido’s cherry blossom festival.  Families and couples crowded the station, and a long line stretched out the door of the women’s bathroom, mirrored by a bored-looking queue of waiting husbands and boyfriends. 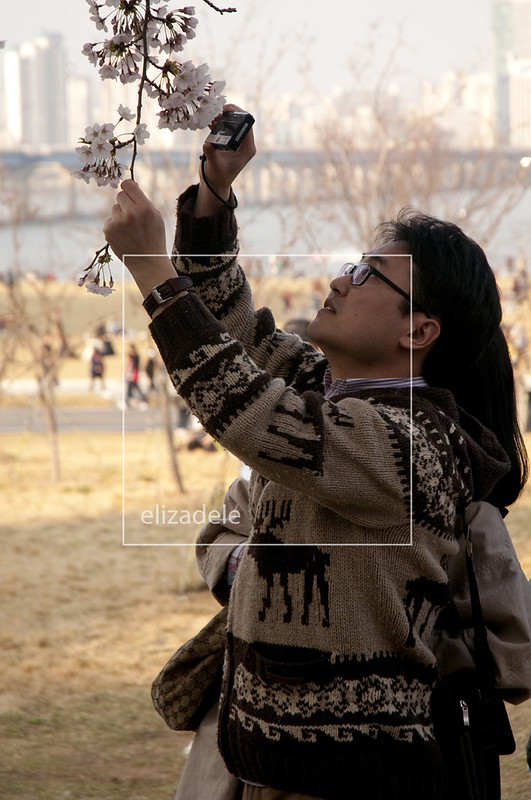 Outside, enterprising ajummas and ajeosshis were set up all around the station hawking beondaeggi, corndogs, and tteok to the seasonal tourists.  One grandmother hawked kimbap with a rolling pitch that had the cadence and panache of a ballpark hot dog vendor. 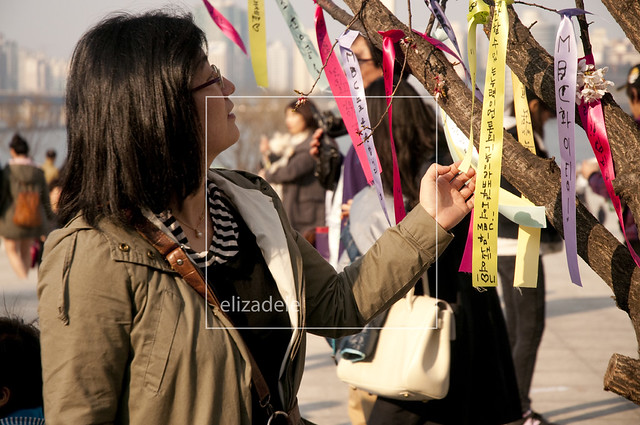 All along Yeouisa-ro (여의사로) the trees were in full bloom, a soft emergence of pink and white.  The one immediately outside of Exit 2 had dozens of pastel yellow, purple, pink, and blue ribbons tied to its lower branches, what turned out to be a freedom of speech protest coordinated by the television station MBC, whose headquarters is just a few hundred meters down Yeouinaru-gil (여의나루길) from Exit 4. 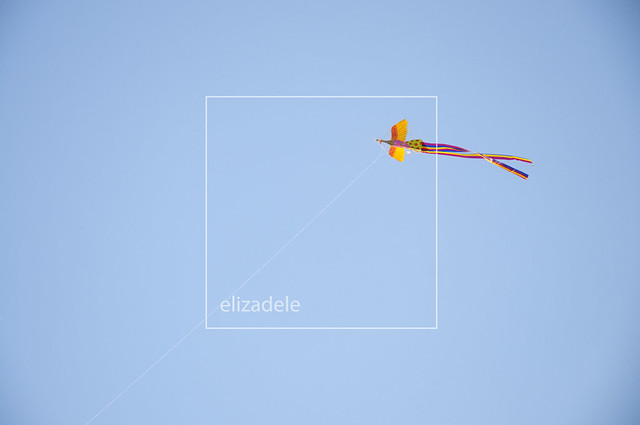 We were soon met by Dan Behrendt of www.hiexpat.com and his girlfriend 소연.  Dan lives and works just across the river in Mapo-gu, and, since he knows the Yeouinaru area well, had offered to show us around.  We made our way down to the Yeouido section of Hangang Park (한강시민공원) to take in the views from the not-long-ago renovated public space.  With the trees in bloom and the weather cooperating, thousands of Seoulites were out enjoying the park, most of the Korean girls in the requisite heels and most of their companions with cameras slung around their necks. 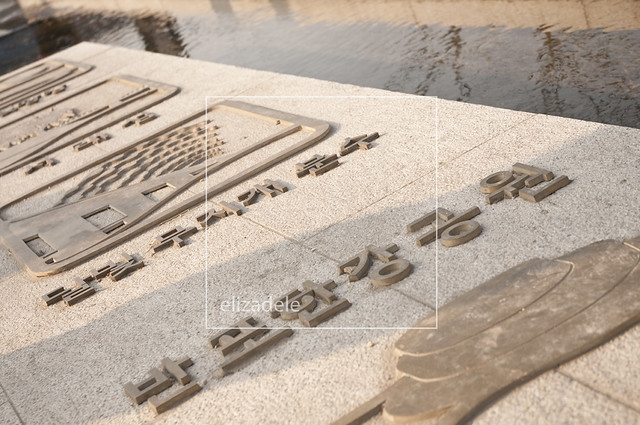 The five of us hung a left at the Uri Flower Garden (우리꽃동산) and walked west, following a mini artificial Hangang that ran in a concrete channel parallel to the real thing.  The path was full of other walkers and of people out for a bike ride, on singles or rented tandems.  While we were milling about under the bridge in Seoul Color Park (서울색 공원) a police boat with flashing lights made a sharp turn and pulled up to the bank below us.  None of us were aware that the Seoul police had a riverine division, nor, alas, were we able to find out what the fuss was. 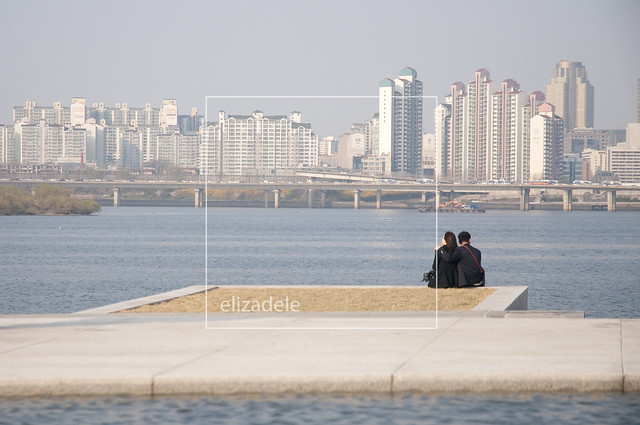 A bit further on we came to the large Waters Square (물빛광장), which occupies what would be the T-junction if Yeouido Park wasn’t cut off by Yeouisa-ro.  The park lies just east of the Floating Stage.  Its lower end, nearer the river, is a series of water terraces – stepped pools crisscrossed with stepping stones and decorated with a few sculptures.  Viewed from the right angle one could almost look as if they were walking on water.  The upper end centers on a large shallow pool spotted with rectangular stones poking out of the water at oblique angles.  Near one edge, where the water was only ankle-deep, a toddler – his upper half bundled in an orange parka, his lower half stripped to a pair of shorts – half-ran, half-skidded back and forth through the water, kicking up a spray and working himself into a state of bliss. 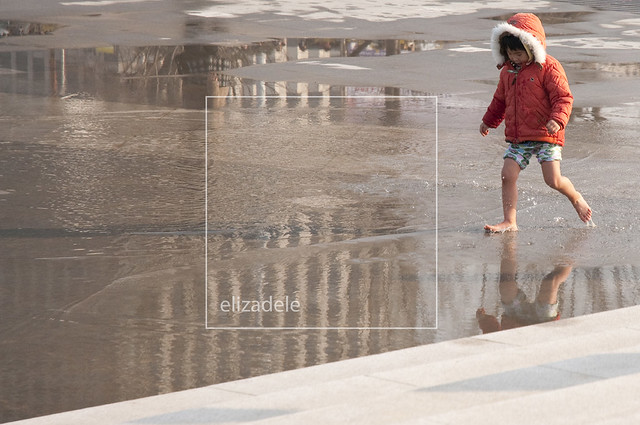 We turned back towards the street and walked past parallel lines of about 40 people each waiting for bike rentals, as well as a few people using the spring breeze to fly kites, before crossing Yeouisa-ro to Yeouido Park (여의도공원).  We stopped on the sidewalk outside to buy some cotton candy, and while doing so noticed an ajumma selling beondaeggi and ice cream from the same cart. 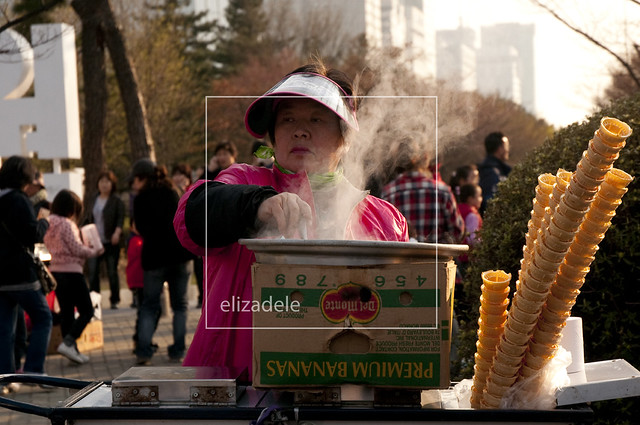 There were still plenty of people out and about, but compared to the festival crowds in Hangang Park, Yeouido Park, the sight of Seoul’s original airport, felt positively quiet.  The ponds and walkways felt relaxing, and the couples on benches and the group of college students picnicking and playing drinking games quite plainly had exactly the right ideas.  Amateur – and even a bit of professional – fashion photography seemed to be one of the park’s most popular activities. 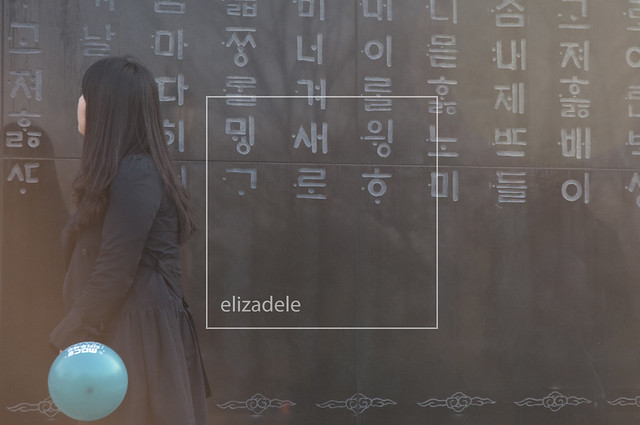 Some sections of the park were taped off for maintenance, so our walk was a little more interrupted than it ideally would have been, but eventually we made it past the giant statue of King Sejong to the park’s enormous central plaza, where we were joined by Dan and 소연’s friend 엄민영, the founder of the fashion website Gossip Queen.

In the plaza a large memorial to the victims of the recent Cheonan sinking had been set up.  Hundreds of handwritten notes expressing sympathy, appreciation, and grief had been taped to two rows of semi-circular walls.  At the arc’s midpoint, dividing the two sets of walls, a large altar of white lilies had been erected.  A dozen or so people lingered, but the pickup basketball game ten yards away and the families on benches eating kimbap reminded that this was, after all and finally, spring. 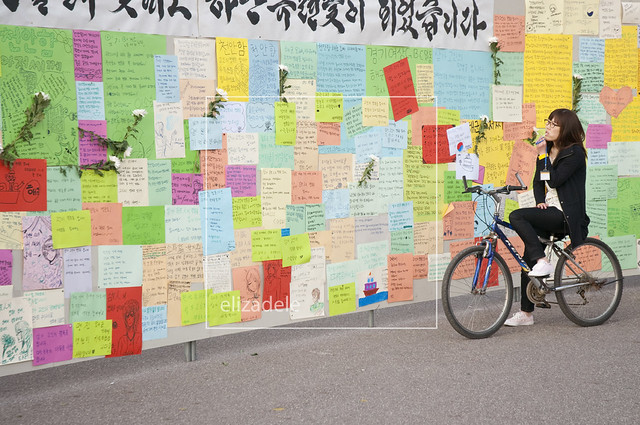 Exit 2 and 3 Inside Hangang Park 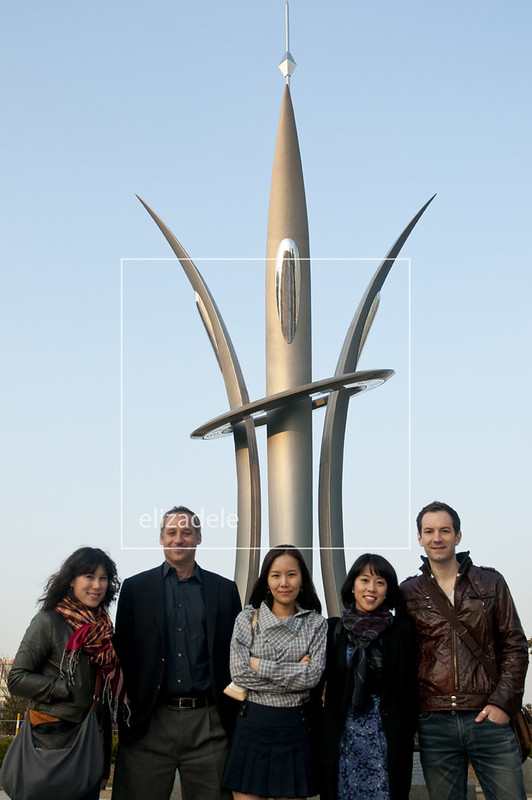