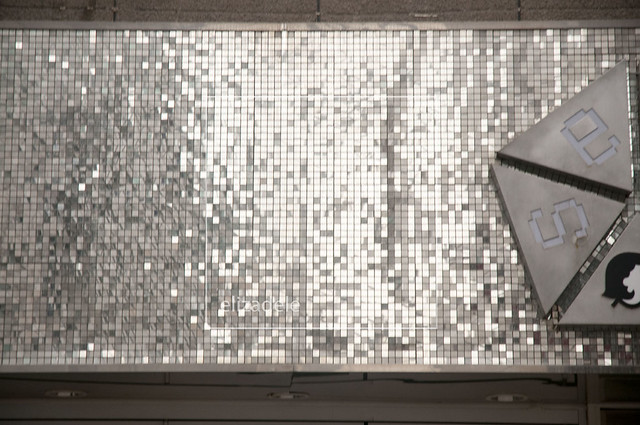 We went to Sinsa at the invite of Steve Revere, editor of 10 Magazine, who was kind enough to take interest in our project and will be featuring Seoul sub→urban in 10’s upcoming Blog of the Month feature.  To begin the stop we met up with Steve at 10’s office in Nonhyeon-dong: a red brick building with a nice little deck in front where three wrought iron and wood park benches sat. 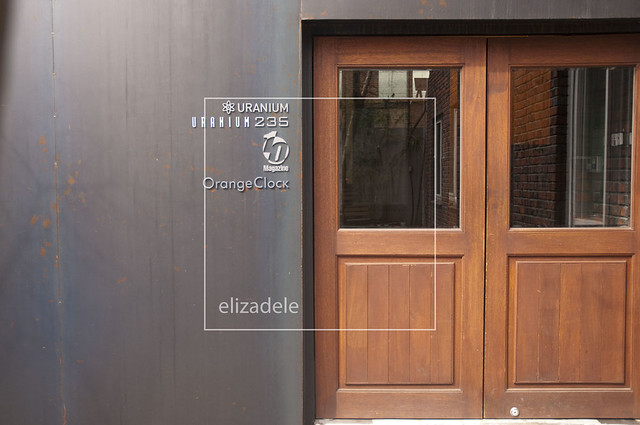 After the three of us sat down over some superb coffee Steve had brewed up and chatted about the magazine, K-blogs, food, and life in Korea, Steve took us for lunch at one of his favorite restaurants, what he had promised to be a divey, gritty, hole in the wall with some of the best food he’s had in Korea. 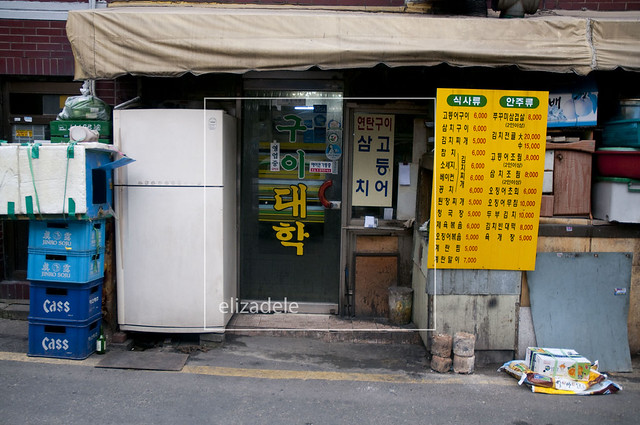 Outside of Gui Daehak (구이대학) stood an antiquated grill that appeared to have been used so many times and for so long that the charcoal residue had fused to the metal grating.  The smell of charcoal and grilled fish, though not at all unpleasant, was plain from several meters away. 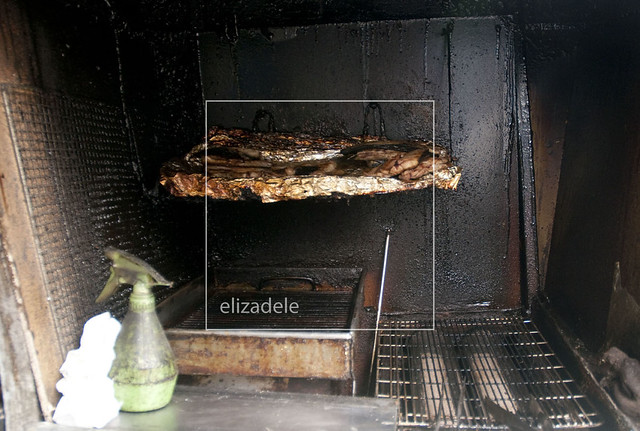 Inside were less than a dozen tables.  Those in the main room, which was maybe 15 square meters, were made from oil drums with aluminum tops, a common sight in simple Korean restaurants.  In an even smaller back room were three or four tables on the floor, but when we visited for a late lunch the only people using them were a couple of the restaurant ajummas slicing green onions, their pet cat on a leash tied to a table leg next to them.  Gui Daehak’s walls were a dull yellow, the color of tobacco-stained teeth, and one of the corners was water-stained. 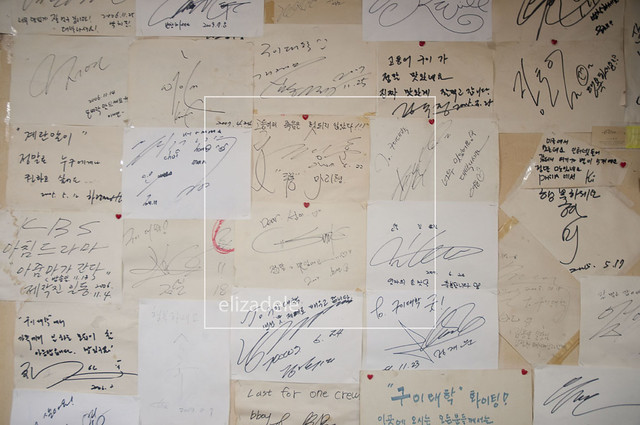 There are generally two ways of viewing a restaurant like this.  One is with trepidation, leery that the worn façade covers up even less salubrious features.  The other is with barely-suppressed enthusiasm because you, like me, believe that it’s simple math that the more time spent on maintaining a restaurant’s appearance the less time there is to spend on the food.  Sometimes you’re right and sometimes you’re wrong.  At Gui Daehak you would be very, very right. 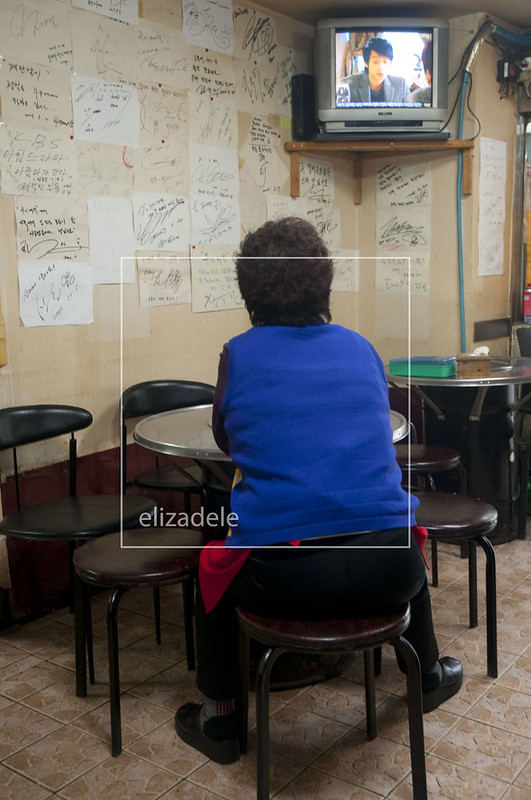 Steve ordered us a bowl of fermented bean paste stew (청국장), spicy stir-fried pork (제육볶음), and grilled mackerel (삼치구이).  It’s easy to fall into platitudes or triteness when writing about food, so I’m simply going to say one thing about what we ate at Gui Daehak and leave it at that: I’ve spent two and a half years living in Korea, and this was one of the three best meals I’ve had in that time. 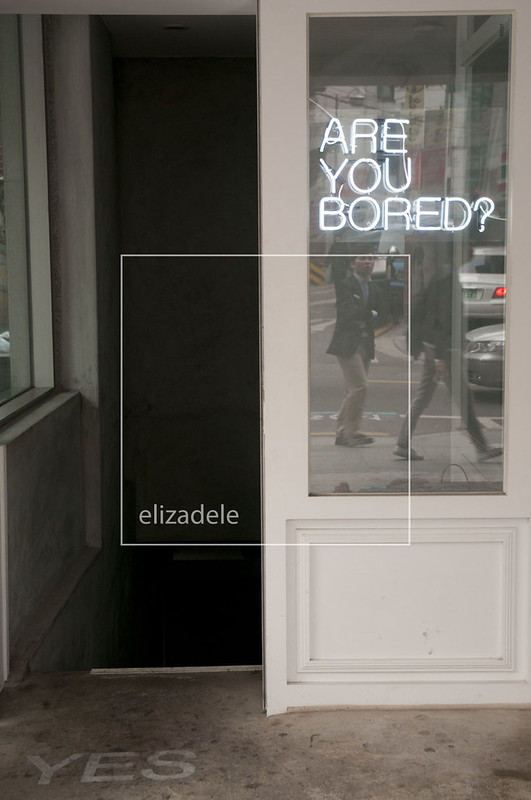 After lunch Steve went back to the 10 offices and Liz and I crossed Naruteo-gil (나루터길) to stroll around Garosu-gil (가로수길).  I had never actually been there, and it was something of an atypical introduction since the gingko trees for which the street is so famous were not only bare, but had been rather drastically pruned, with entire limbs lopped off, so that they looked quite like oversized coat racks. 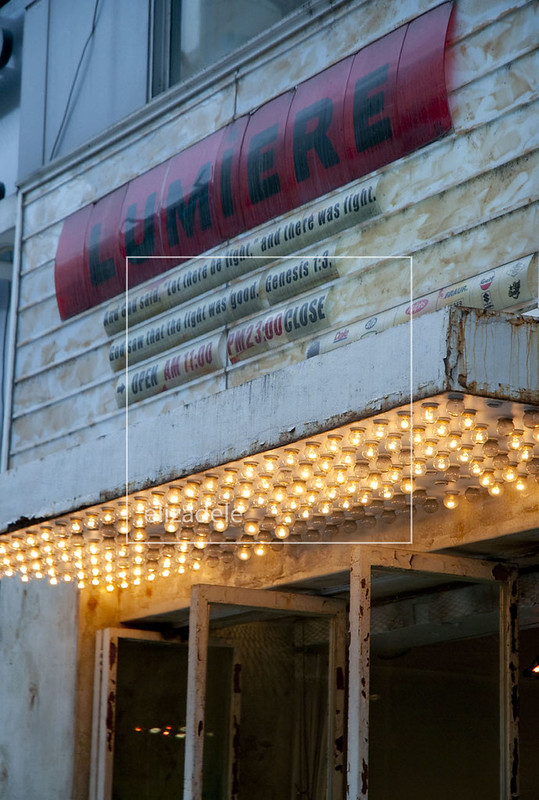 The weather was quite beautiful, though, and Garosu-gil’s second most famous attraction, beautiful people, was out in full force, strolling from shop to café to restaurant.  We joined the fashionable stream, walking past the Per Se Bistro & Café, where clear plastic bins were filled with sun-drying tomatoes, and by the Lumiere clothing boutique, where an old-school cinema marquee, complete with slide-on letters, rather oddly quoted Genesis 1:3. 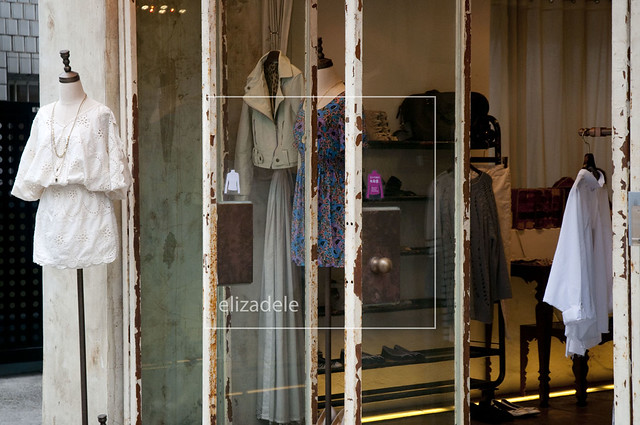 Garosu-gil often gets exaggeratedly described as the ‘Paris of Seoul,’ and though this is fanciful thinking it does have a distinctly different vibe to it than other areas of the city.  There’s as much French on signs here as there is English, and on Garosu-gil and its adjacent streets you’ll find not only French restaurants and Italian bistros, but creperies, the Spain Club, and a German deli that was under construction when we walked past.  If the city is really serious about turning it into a Europeanized leisure and shopping destination, however, they couldn’t do much better than to turn it into a pedestrian-only street, all the better for some seriously fabulous sashaying. 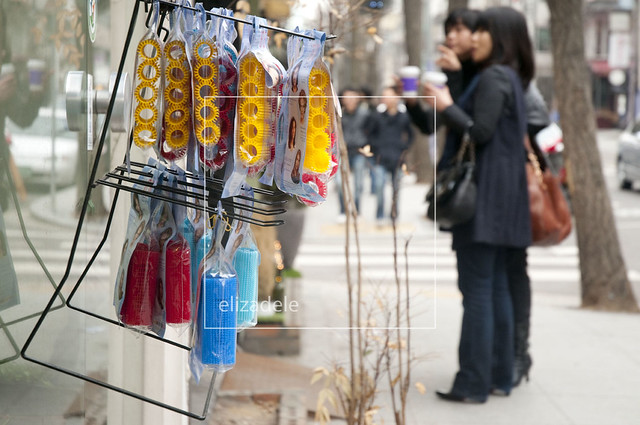 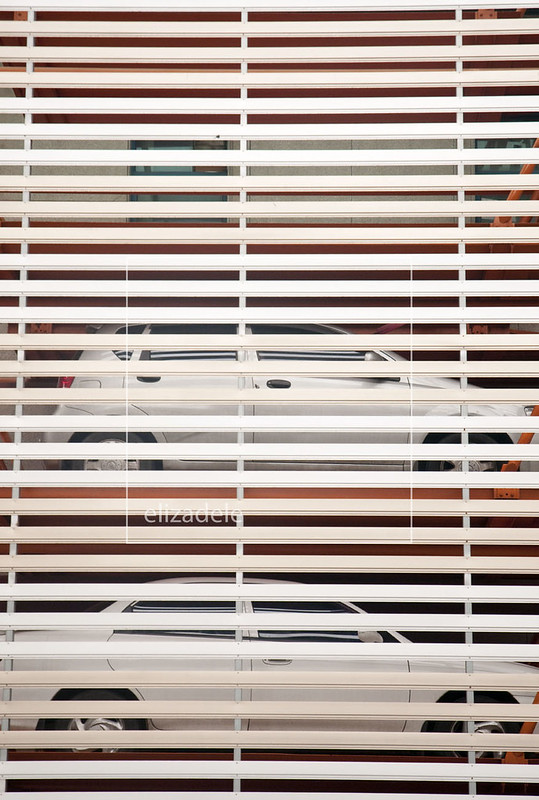