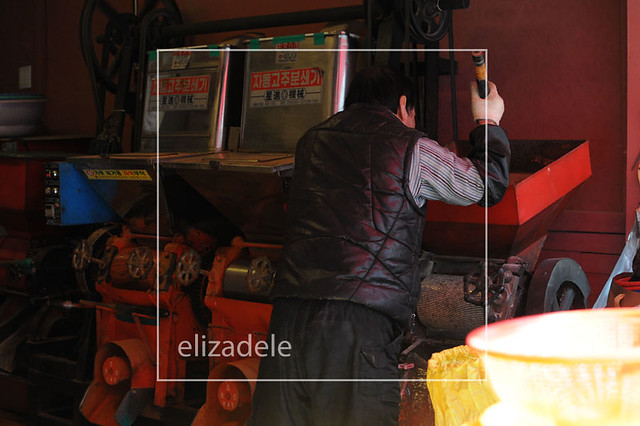 Exit 1 at Namseong Station put us on Sadang-ro (사당로), which we quickly turned off of to the south to take a look at Sadang Market (사당시장).  It wasn’t really a proper market in the conventional sense, more simply an area with a higher than average concentration of small grocers and the like set up on several of the neighborhood streets, but the day we went was one of the nicest in quite a while, with a warm sun and temperatures that felt like they were cracking the ten degree barrier, so having a little more space to walk between shops was a good chance to enjoy the pleasant weather. 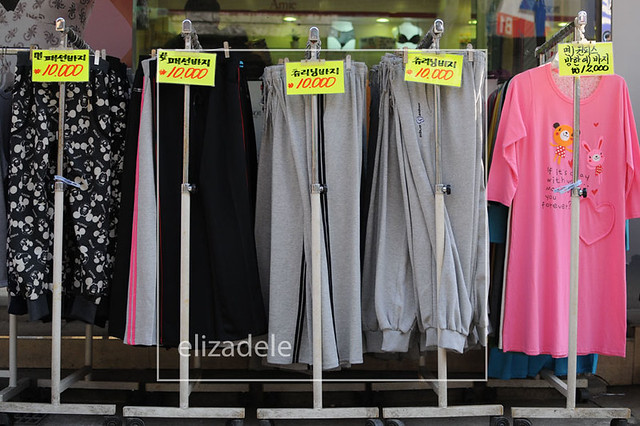 The shops offered many of the usual suspects.  There was a banchan seller displaying single meal-size portions in plastic-wrapped Styrofoam trays that were fanned out and stacked in five- or six-level tiers, and a bit further down the street fresh tofu and ddeok was being kept warm on electric steamers, the vapor coming off making the air look colder than it actually was. 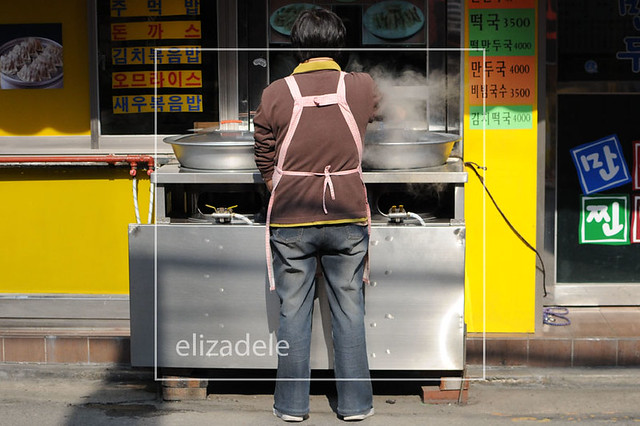 On one street we came across and old couple selling sesame seeds, soybeans, and, on a table out front, what looked like blocks of dried mud tied up with straw rope.  Liz asked them what it was and they replied that it was doenjang paste, which neither of us had ever seen in this form before.  The paste was packed into blocks about 10x10x20 cm, and, sure enough, when we took a closer look we could see pieces of fermented soybean that hadn’t been grounded as finely as the rest.  I bent in to try and find out what that much doenjang smells like, but mostly just got the fresh, rustic scent of the straw rope, which also looked like it had been handmade. 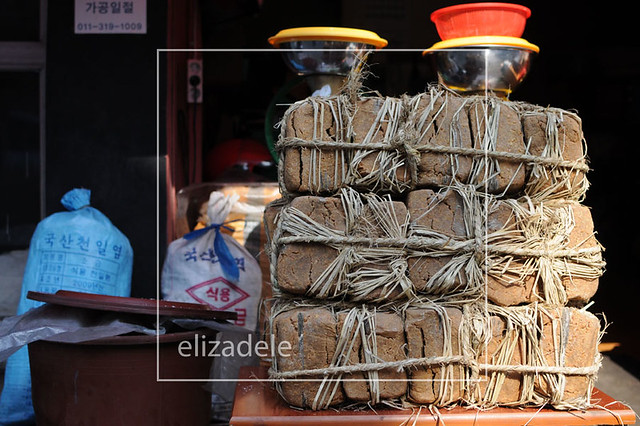 On Kkachi-gil (까치길), which runs south from Sadang-ro, we passed a woman with a street cart selling fresh acorn jelly, or dotori mook, and further up took a look at a large and busy fruit and vegetable store that almost spilled into the middle of an intersection where three smaller streets intersected with Kkachi-gil. 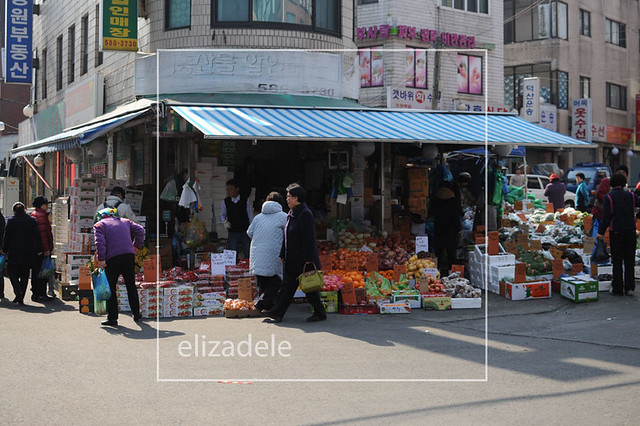 Back at the station, from Exit 4 we walked east down Sadang-ro to where it curves north and then intersects with Haksu-gil (학수길) and turned left.  We followed a ten meter high stone wall until we got to a set of stairs that led up to Sam Il, or 3/1, Park (삼일공원).  Set on a bluff it offers a decent view north across the tops of brick apartment buildings until that’s abruptly cut off by a row of hulking apartment towers set up like a screen, which is exactly what you see immediately in front of you when you try to look south. 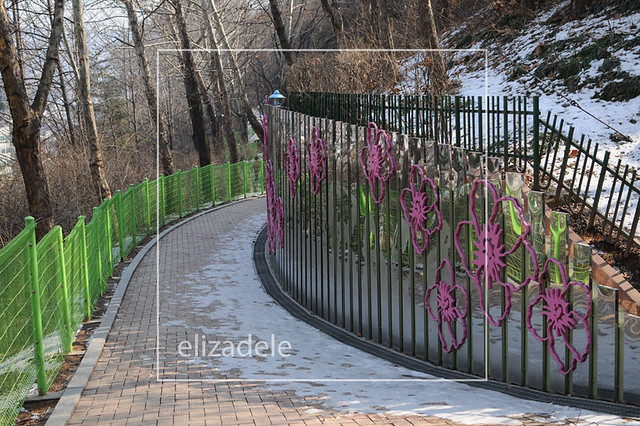 The walking path running the east-west length of the park was shaded and therefore still patched with snow, unlike the rest of the neighborhood.  It led past a small monument commemorating 1919’s March 1st independence movement that had been dedicated by the 3/1 Lions Club, an organization neither Liz nor I had any idea had a presence in Korea, if in fact it’s the same Lions Club that’s in the States. 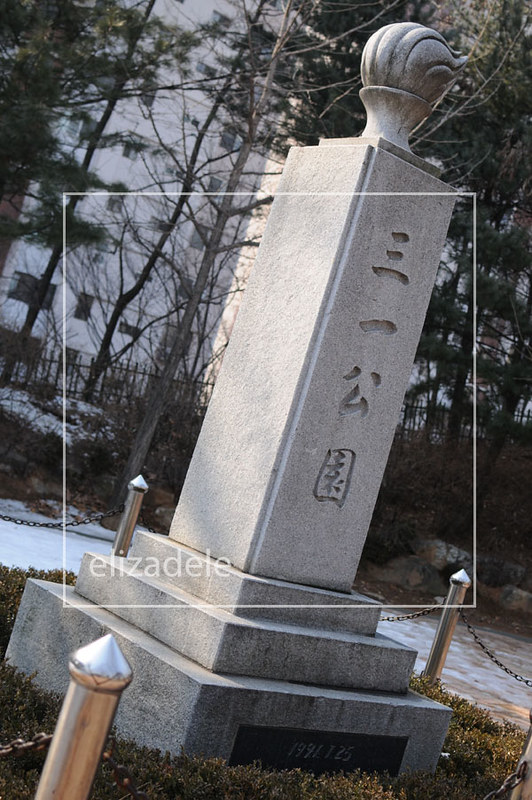 At a playground mid-park a half-dozen elementary school-age kids were taking advantage of the warm afternoon to break out their mitts and bats and play a little ball with snowballs and a tennis ball, a sight that warmed this blogger’s pine tar-coated heart and had him thinking that spring training isn’t all that far away. 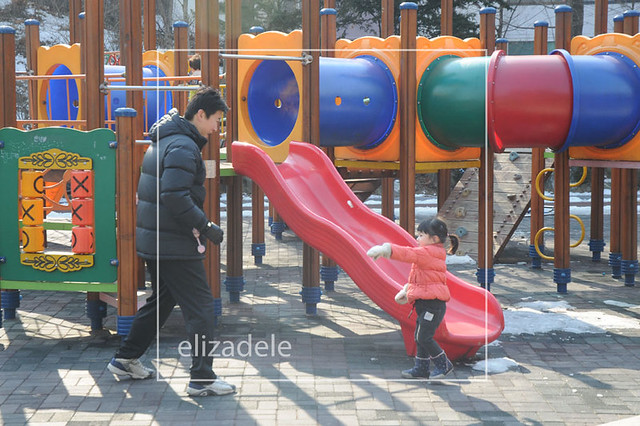 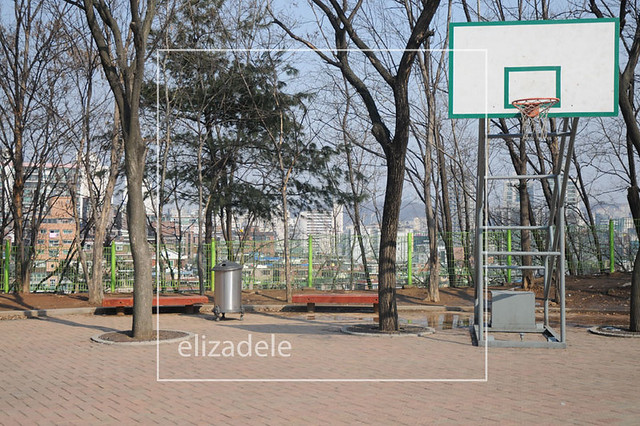 Having walked back down from the park and worked up a touch of an appetite we found Jeonju Restaurant (전주식당), a modest little jeon (전) restaurant set just back from the street about 200 meters down Sadang-ro from Exit 2.  It was the odd hour of 3:00 so when we walked in we were the only ones in there, disturbing the proprietor from the volleyball game he had on TV.  We ordered a bottle of makkeoli and a potato jeon (감자전), which came with sides of radish kimchi, a bowl of bean sprout soup with some hot pepper powder added, and slices of fresh green onion that were great dipped in a bit of samjang. 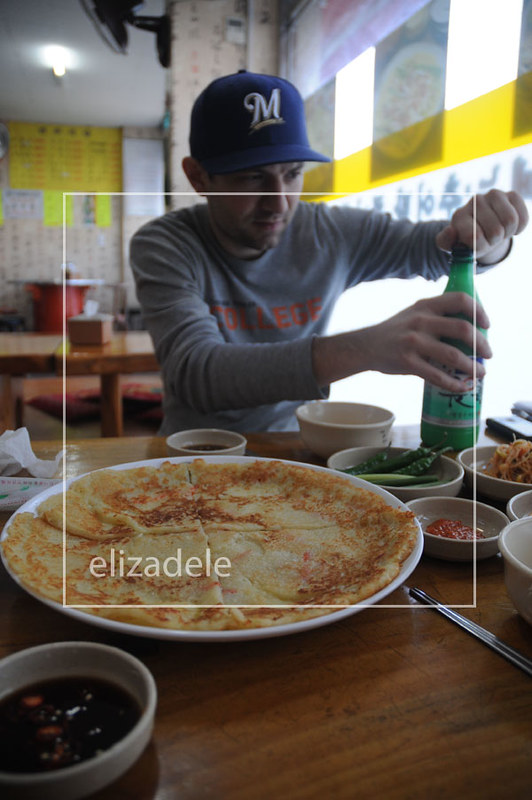 The potato jeon reminded Liz of the potato pancakes she made with her mom and sisters back home, but even without any Central European culinary heritage to link it to, the potato jeon was about as perfect as comfort food comes: both crisp and creamy, rich, and with that reassuring simplicity that starchy foods have.  The day’s unseasonably warm temperatures certainly won’t last, but if there’s some consolation to be taken in that it’s knowing that as good as makkeoli and warm jeon are on a sunny afternoon, they’re even better on a frozen night when they serve as the perfect excuse to stay inside with lots of friends and little sense of time. 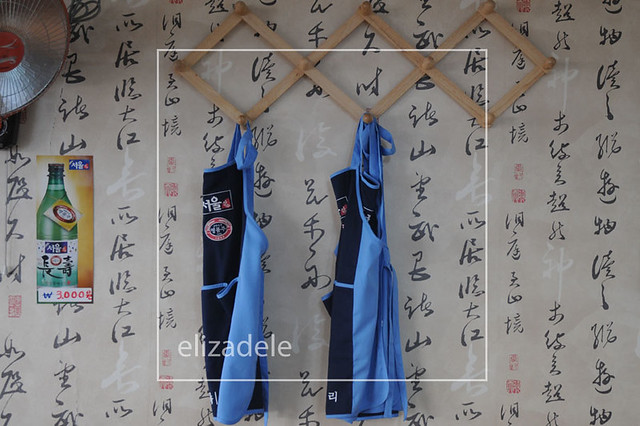 Walk east on Sadang-ro, turn left on Haksu-gil, and follow it until you come to a set of stairs on the left 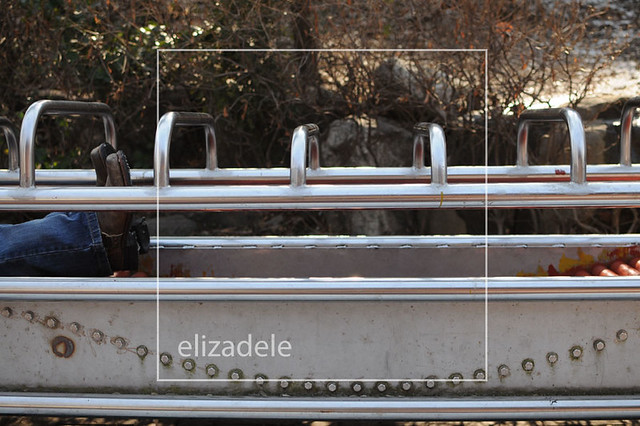