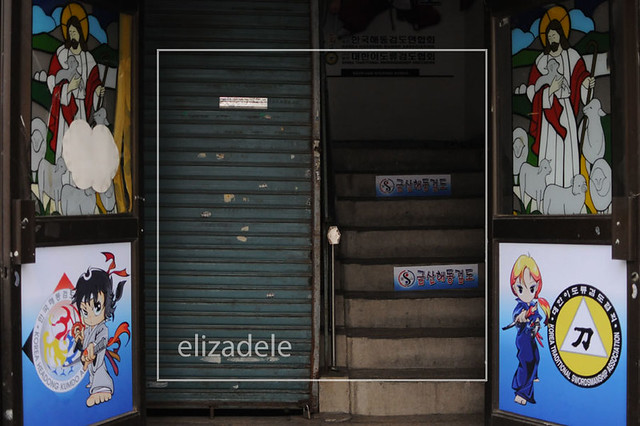 After a long hiatus brought on by Liz’s trip back home we finally got back out to a new station on the last day of January, this time with our good friend Angelique Kuyper coming along.  It was a particularly gloomy day with a concrete sky and a lingering dampness from the morning’s drizzle.  It was weather that did Daebang-dong no favors and it, combined with the Sunday lull, made the neighborhood feel glum, more so than this slightly depressed part of town normally would have. 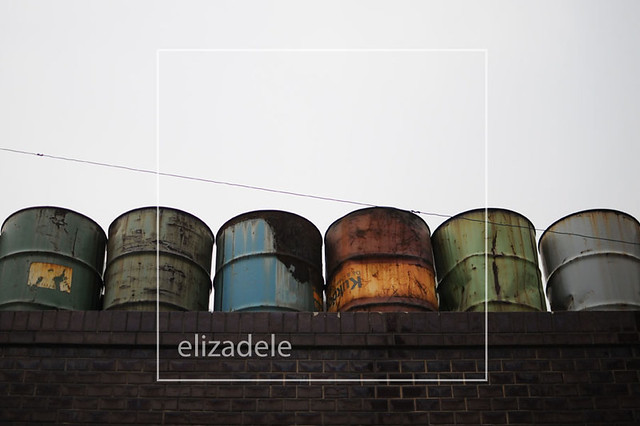 The Olympic Expressway runs just north of Daebang Station – a couple apartment complexes tucked in between it and the road – so we exited out the south side from Exit 4.  Just outside of it, set far back on the sidewalk, was an old bus up on blocks that had been boarded with wooden slats and converted into a jjajangmyeon and jjamppong restaurant.  It seemed like a very American kind of conversion and looked inviting, but unfortunately wasn’t open. 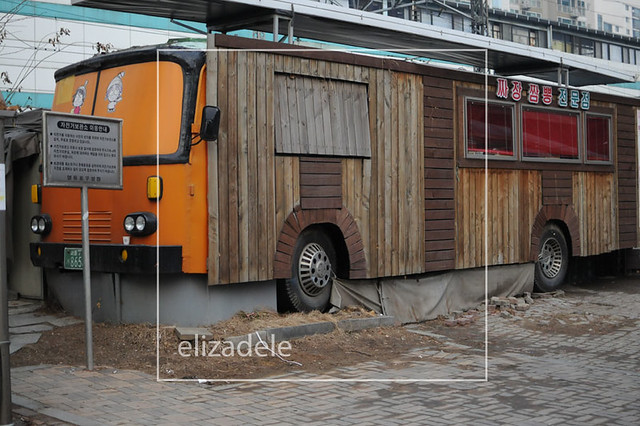 We crossed Noryangjin-no (노량진로) south to get a closer look at a block-long two-story maroon brick building that looked abandoned.  Outside of Exit 2, dead ivy climbed up its sides and there was brown grass growing out of its eaves.  At the end of the block we turned the corner onto a small side street.  A brick wall painted two different shades of blue ran along the street, blocking the view of the building’s east side.  A large white mustang was painted on one end of the wall. 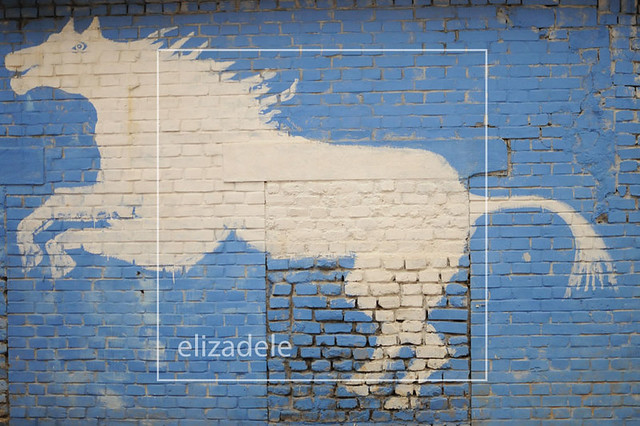 We walked uphill up the side street and then turned right again, where we got a better look at the building from behind barbed wire-topped chicken wire fencing.  It was in fact very much abandoned.  Behind the building visible from the street was an identical building and behind that, nearer to us, was an asphalt lot where a rusted basketball hoop with no net stood.  On a narrow grass slope just on the other side of the fence a couple of concrete picnic tables had slumped into the ground where they looked to be slowly sinking.  At least one window on the near building was missing and another was broken.  At the west end of the two long buildings was a third, smaller building.  It was hard to tell what the complex had once been – it could have once been a hospital, or a prison, or a factory. 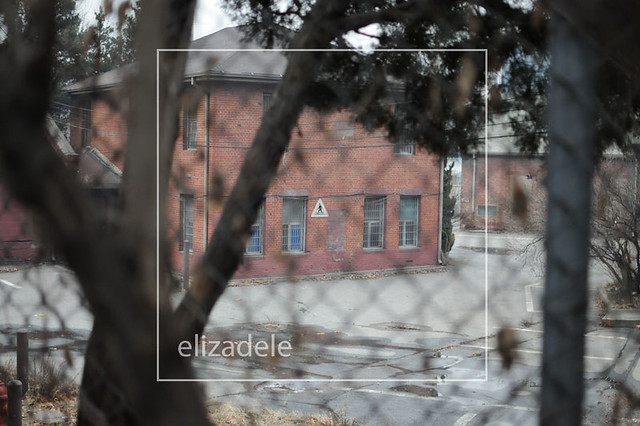 From Noryangjin-ro we turned south down Deungyong-gil (등용길) and then back west on Almata-gil (알마타길), following a sign pointing to the Seoul Women’s Plaza.  A steep uphill walk revealed this to be a long neighborhood park nestled between apartment complexes, without anything particularly feminine about it.  Ajjumas and ajjeoshis circled the walking path running around the park’s edge and families were out making use of the exercise equipment, pavilions, and large open dirt fields. 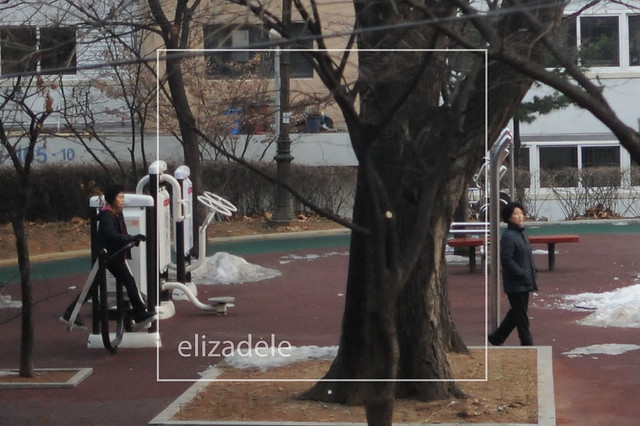 Back on Deungyong-gil we continued walking south through Daebang-dong, a neighborhood that had seen better days.  On one building’s roof sat a dozen or so rusty oil drums and further down an apartment building was missing an exterior window.  Not many people were out and not much was open.  One of the few places with light in the windows was Jeju Saeng-gogi Jip (제주생고기집) where Liz and I popped in, having worked up an appetite.  A bit early for dinner, we were the only customers, and were warmly welcomed by the trio of ladies working.  In addition to the proprietresses, we ate under the watchful eye of a stuffed turtle perched on a shelf next to the TV.  Two servings of some excellent galbi-sal and a bowl of mediocre kimchi tchigae later we were nearly bursting and thoroughly warmed after a damp afternoon. 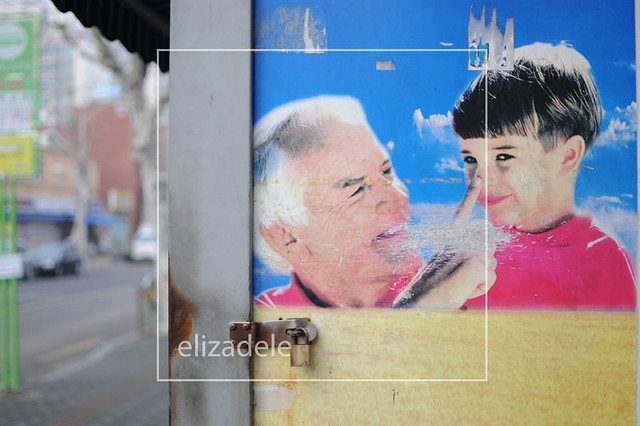