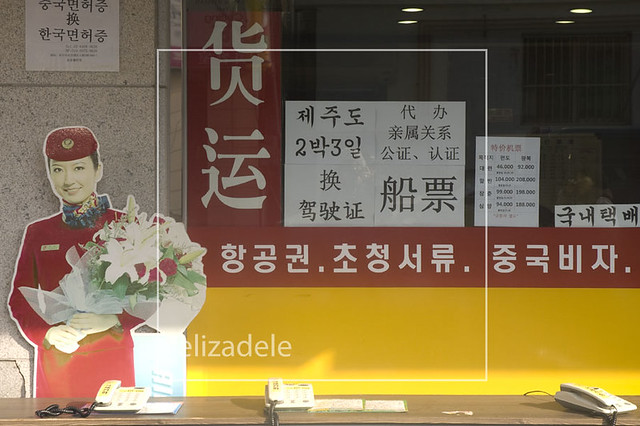 It’s always been a mystery to me why Seoul doesn’t have a proper Chinatown.  Whether it’s San Francisco, Bangkok, or Cholon in Ho Chi Minh City, these ethnic enclaves with their hanging roast duck, temples devoted to Tian Hou, and kitschy Mao souvenirs are always one of the most interesting areas of a city, not to mention one of the best places to eat.  What’s considered Seoul’s ‘Chinatown’ really isn’t much more than a China-nook, however, consisting of a couple alleys around the Chinese embassy in Myeongdong.  There are more Chinese living in Korea than any other group of foreigners – nearly 180,000, not counting Korean-Chinese who make up another 376,000 immigrants – and plenty of them live in Seoul, but for whatever reason the population hasn’t coalesced as it has elsewhere.

While there may not be a true Chinatown in Seoul, there are areas where Chinese immigrants have formed small enclaves, one of these being Daerim-dong near Daerim Station.  This also happens to be Liz’s old neighborhood and the current home of her friend Penny Crawford, a former member of the Seoul Sisters Rugby Club, whom we visited and who filled us in on some of the area’s features.

To start, Penny pointed us to the streets just southeast of Dorim-no (도림로), where Daerim-dong’s Chinese population is most concentrated.  If you walk around the area, you’ll notice that some of the homes have red house-shaped mailboxes with ‘POST’ written in white letters on the roof, a sign that the family who lives there is likely Chinese. 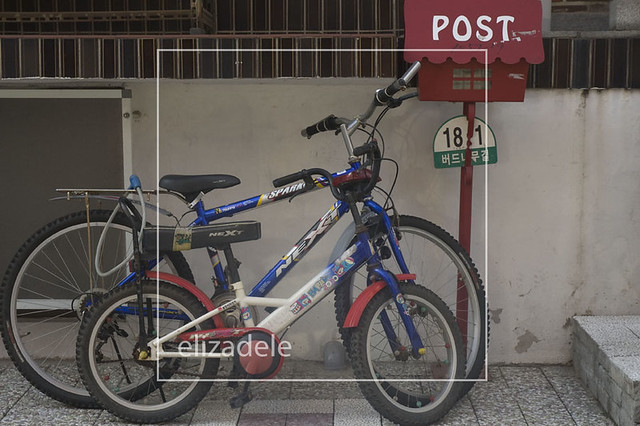 From Exit 12 we turned south down Beoduhnamu-gil (버드나무길), where a neighborhood market with a strong Chinese influence operates.  Indeed, walking down the street we heard as much Mandarin being spoken as we did Korean. 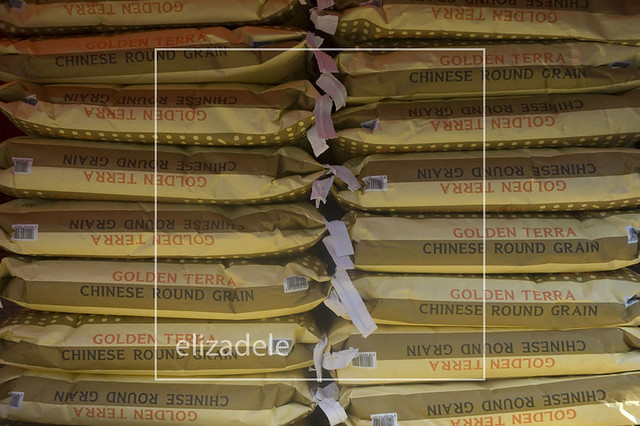 One of the first shops to catch our eye had a tier of huge jugs of baiju, Chinese rice liquor, lined up outside.  They were all different varieties, but each was offered only in econo-size, some in five liter bottles.  Next to the jugs of baiju was a tub of enormous sunflower seeds, each nearly the size of a thumbnail, and a vat of giant pickles. 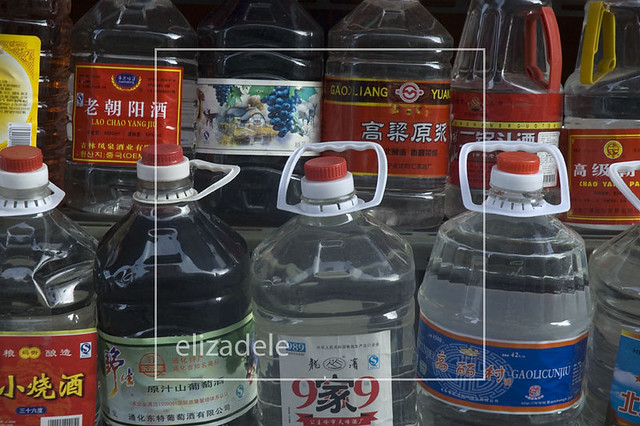 Beoduhnamu-gil is filled with stores catering to Chinese customers.  There is a Chinese electronics shop and numerous Chinese travel agencies, internet cafes, and restaurants.   There’s also a secondhand appliance store with a row of nine old refrigerators lined up out front.  As we passed a woman came out of the shop with a plastic box that she turned over and set down in front of one of the refrigerators.  She climbed up on top of it and opened the freezer door before spending a few minutes fiddling with the exposed wiring inside, trying to get something to work right so that the fridge could be resold. 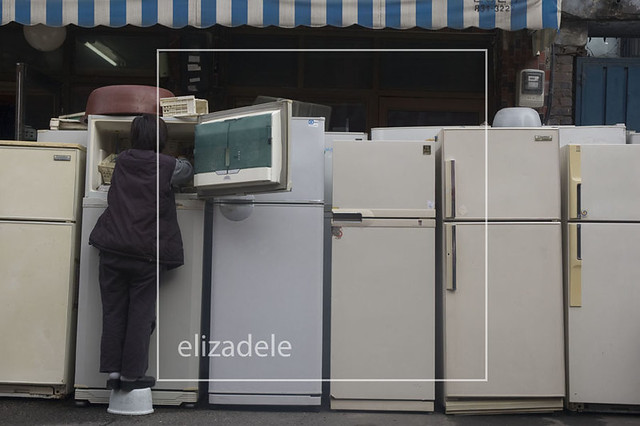 Further down the street a small shop exhibited a rack of two-year-old Chinese beauty magazines for 3,000 won each, and next to them a row of gold piggy banks, leftovers perhaps from 2007’s Year of the Pig.

One of the markers of our age of migration and transience is the overseas call shop, offering emigrants discounted connections back home.  A number of these shops can be found on Beoduhnamu-gil and the surrounding streets.  Their windows display rows of international phone cards bearing pictures of tigers and dragons, and outside of each are three or four phones on plastic counters, low stools set in front of each phone.  At one call shop we walked past, an empty bottle of Vita 500 sat next to one of the phones.  It was overflowing with cigarette butts, evidence of a long call home. 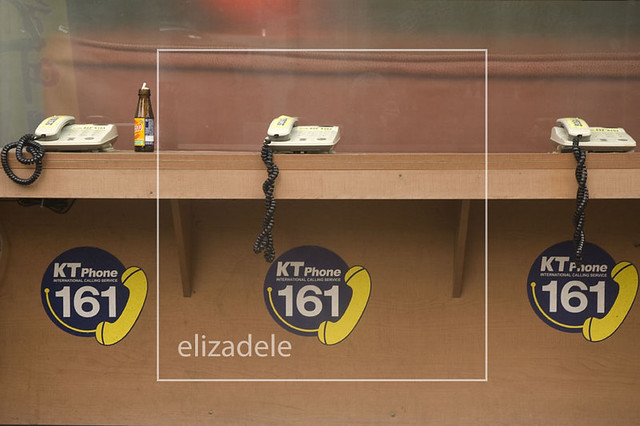 Daerim-dong is also home to a number of butcher shops that specialize in dog meat.  Their display cases out front exhibit the straightforward end products: large chunks of thigh meat, ribs, heads with fierce-looking teeth, the flesh covering them having been pared away. 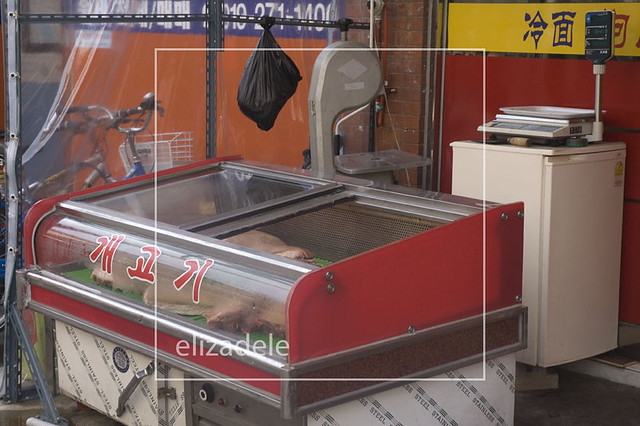 Naturally there are a number of Chinese restaurants in the area, including the directly named Seoul Grilled Lamb Skewer (서울양꼬치), which Penny recommended to us.  Lamb is a sadly underrepresented meat in Seoul’s dining scene, Indian restaurants being probably the most reliable place to get it.  Seoul Grilled Lamb Skewer, however, serves its lamb in the Uighur style of Western China, seasoned and grilled on skewers over coals.

Located in the basement of a building just off Dorim-no, the restaurant had low ceilings, simple tables and chairs, wood partitions between tables, fake stone pillars, a TV playing an obnoxious variety show, and bare fluorescent lighting.  It had no pretensions and didn’t aspire to be anything more than it was, traits that I always consider auspicious when it comes to restaurants, doubly so when those restaurants are Chinese. 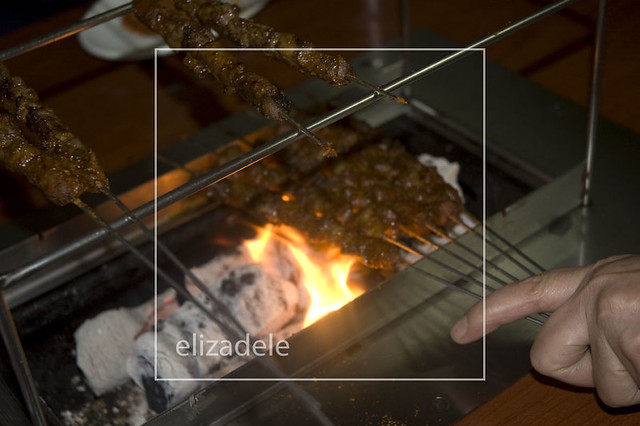 We sat down at one of the tables and requested an order of yang ggochi (7,000 won for ten small skewers) and, because Liz, inexplicably, doesn’t like lamb, some mul mandoo.  The table had a sunken charcoal grill in the middle of it, over which a rectangular two-level rack was placed.  The exceedingly friendly middle-aged Korean proprietress showed us how to properly cook the lamb – grill the skewers on the rack’s lower level and when they’re finished move them to the upper one to keep them warm.  She then proceeded to cook them herself and to fuss over us, making sure we liked the accompanying side dishes of marinated onion, peanuts, and radish kimchi.  (We did.  Very much so.)  When I used my teeth to slide the meat up the skewer as if I was eating street-side dalk-ggochi she demonstrated the small slats on the bottom of the grill that you could draw the skewers through, pulling the lamb up to the skewers’ tip.  The lamb was served with a small dish of ground spices, in which I identified cumin and, I’m reasonably certain, turmeric.  With or without the garnishes, however, the lamb was delicious, full of flavors that are all too elusive in Seoul – a taste of the exotic for us, a taste of home for others. 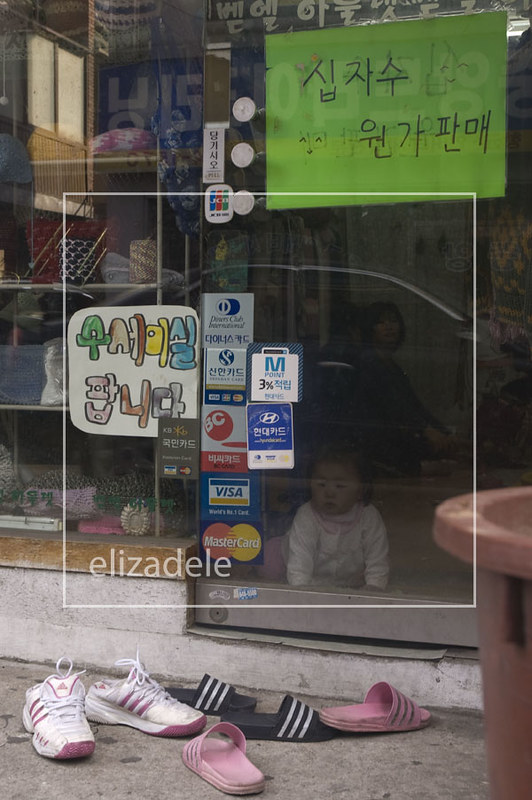