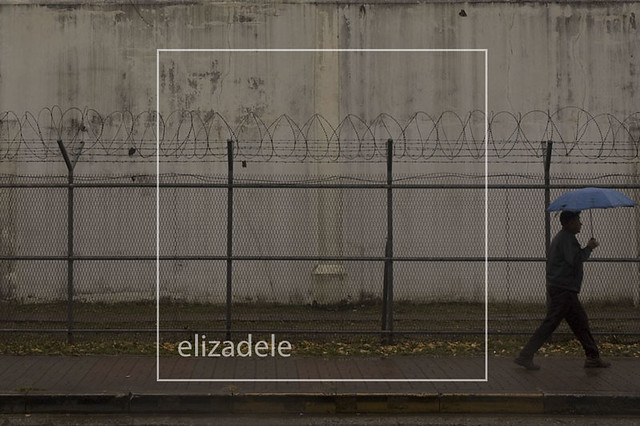 In far southwestern Seoul, across the Anyang River (안양천), Gaebong Station is squeezed between a pair of highways: Nambusunhwan-ro (남부순환로) and Gyeongin-ro (경인로). With these two roads criss-crossing at an interchange a half kilometer west of the station, the neighborhood doesn’t lend itself to walking around too much.

Arriving at the station in the middle of a steady afternoon drizzle, we scanned the neighborhood map for ideas of what to see and where to explore. The previous day’s internet search had turned up absolutely no information on Gaebong-dong, so we were hoping for some kind of starter. Most of what was marked on the station’s map was generic-seeming apartment blocks along with a couple churches and schools. There was only one thing that seemed to differentiate the area, Yeongdeungpo Prison (영등포교도소), so that was where we headed.

After heading out Exit 2 and weaving back and forth for a bit we came to the prison’s southeast corner. The prison took up about four square blocks. All along the outside, right up against the sidewalk ran a three meter high wire fence, topped with a coil of barbed wire. About two meters past the fence was a six meter tall white concrete wall surrounding the prison’s perimeter. At the northeast, northwest, and southwest corner were guard towers, and there was a fourth near the midpoint of the east wall. These were also white, though they had a ring of baby blue paint going around the bottom half of the guard boxes. All of it could have used a new coat. 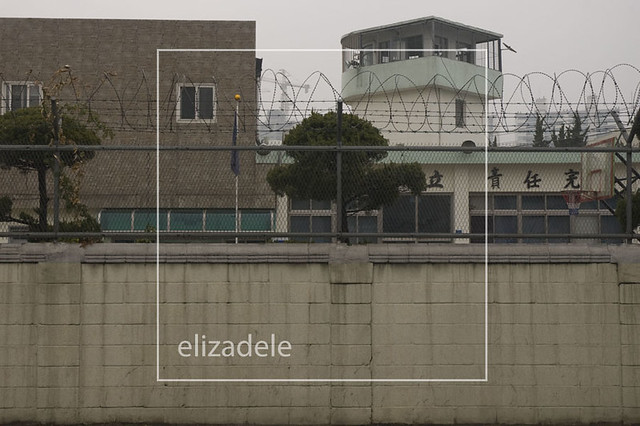 We first walked up Sincheonji-gil (신천지길), which runs along the east side of the prison. On the east side of the street, across from the jail, the road was lined by more barbed wire-topped fencing, behind which looked to be police barracks and administration offices. We peeked in through the gate and Liz snapped a picture of the department’s logo – a big, grinning bear giving an enthusiastic thumbs-up – on a far wall. This prompted a young officer to come out of the gatehouse and, rather embarrassed, smile and give us the crossed arms ‘X’ gesture. It was probably the most trouble he’d encountered all day. 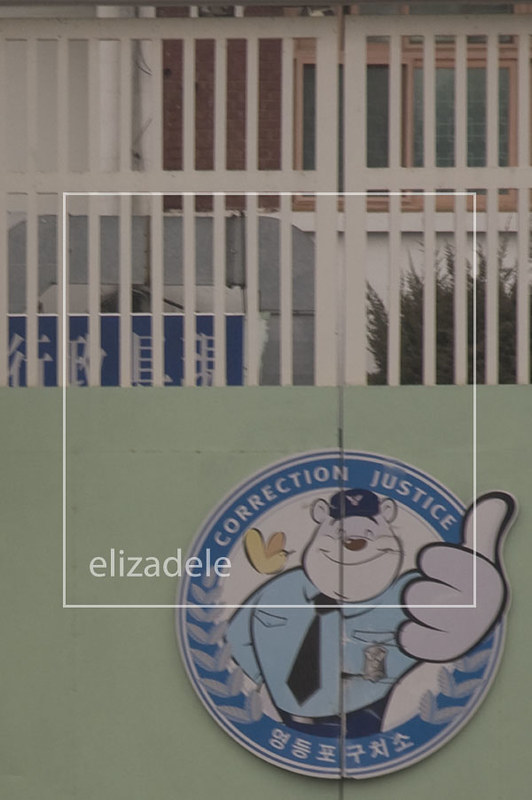 Back on the west side of the street and near the east guard tower was a row of several dead trees between the wire fence and the outer concrete wall. They’d had their tops hacked off, branches cut, and bark stripped so that all that was left were their bare torsos, their rough tops brushing up against the barbed wire. 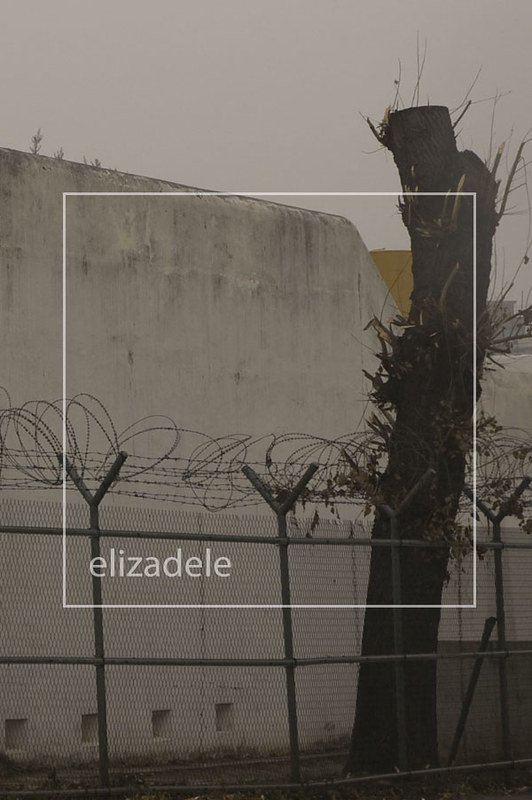 Around the corner, on the north side of the concrete wall was a brightly painted mural of fish. They were cartoonish, but several had rather large and sharp teeth, and we wondered if they’d been painted by prisoners in some sort of art therapy program or by students at Gocheok Elementary School, which was right across the street. 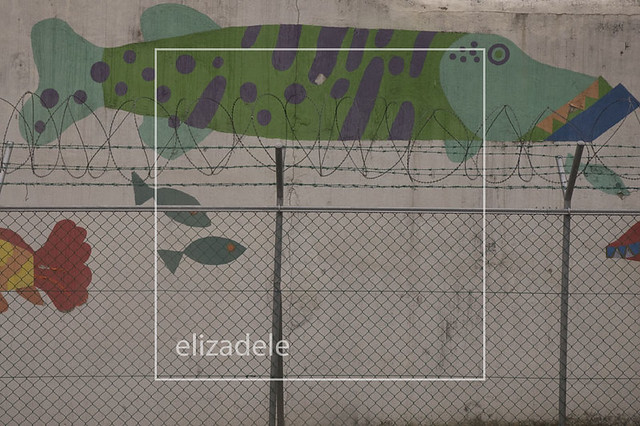 After we left the prison and were on our way back south towards the station I noticed a sign on an alley wall that said simply, ‘Michigan,’ and had a small arrow pointing left, behind the building facing the street. Being a native Midwesterner, I had to check it out. 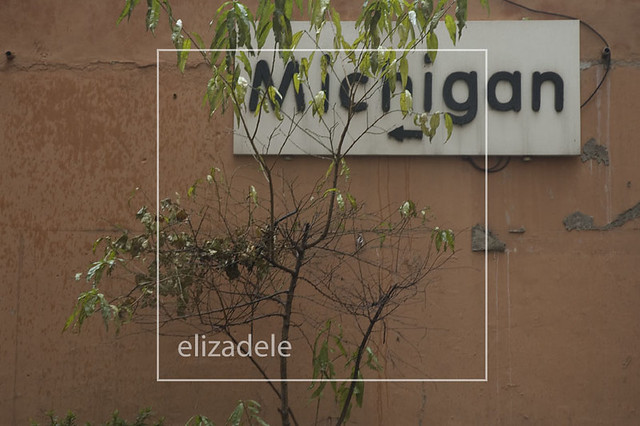 Going down a narrow walkway behind the building, there didn’t seem to be anything there until I came around a fence and to a small parking lot with tell-tale rubber flaps hanging from the ceiling. Walking a bit further, a sign confirmed that it was the Michigan Motel. Michigan, it turns out, is also for lovers. 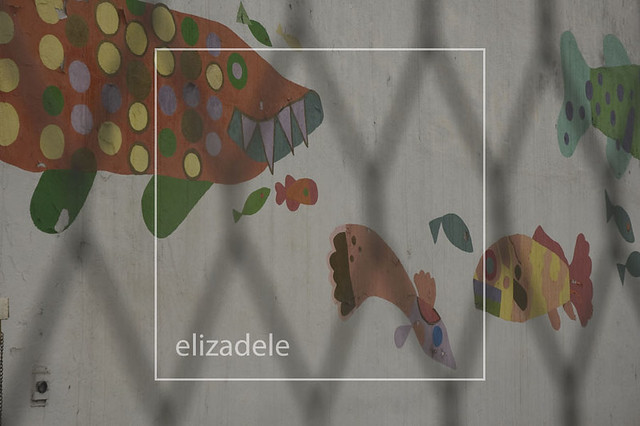