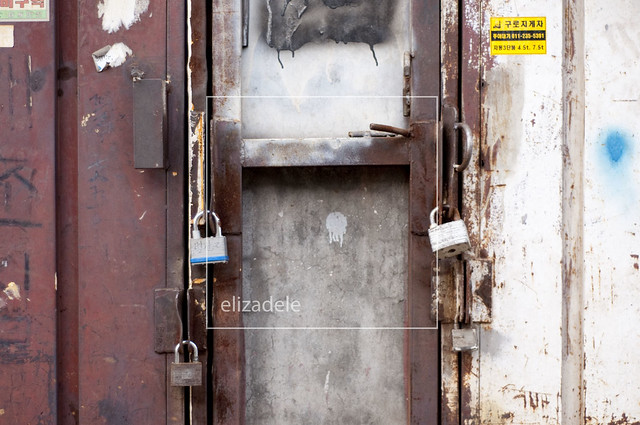 According to Wikipedia, Dorimcheon is the least-used station on the 2 line, and based on our visit there’s every reason to believe that.  The first stop west of Sindorim on the green line’s Kkachisan spur, there was a handful of people at most in the station, both when we arrived and when we left.  Outside, too, it was almost as quiet.  There’s little to distinguish the neighborhood apart from the meeting of the Anyang (안양천) and Dorim (도림천) Streams, most of the area being filled in by apartment blocks. 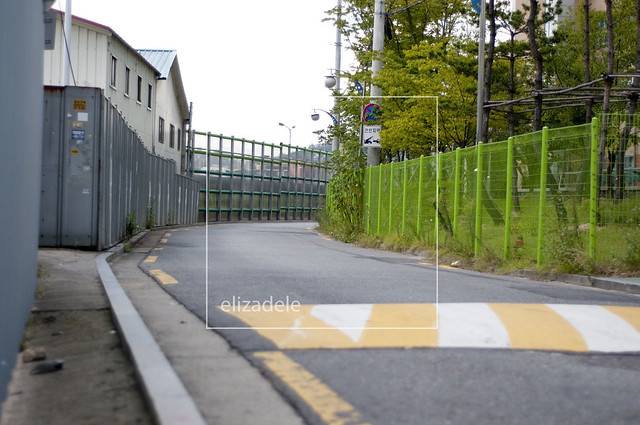 Opening to the south, Exit 1 put us in a very sleepy area of Sindorim-dong (신도림동); not many people were out and there wasn’t much going on.  From the road outside the station we hung a right on the first small side street we came to; it passed between a school and a driving academy before curving around past a grubby sikdang and several machine shops and terminating underneath the Seobu Expressway (서부간선도로), which runs parallel to the Anyang Stream. 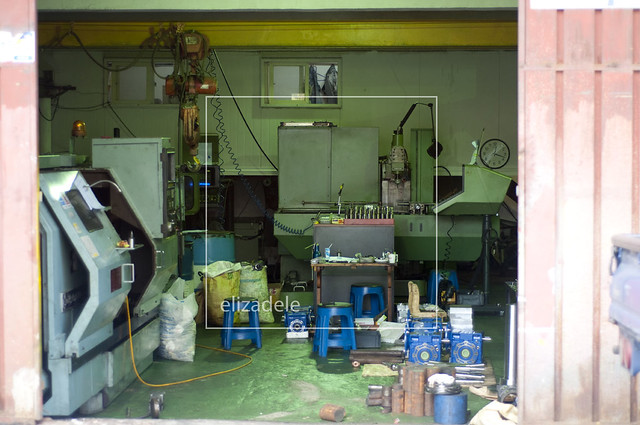 That side of the station providing nothing of interest, we went back to try Exit 2.  The station’s only other exit, this one on the north side, puts you just above a set of stairs that lead down to Dorim Stream.  Very similar to any other number of urban streams in Seoul, Dorimcheon is lined with banks of reeds, walking and bike paths, and occasional groupings of exercise equipment.  What set it apart during our particular visit, however, were the aftereffects of the flooding that had taken place earlier in the week after Seoul had been hit with torrential late-September rains.  For a good 15 meters on either side of the stream the ground was muddy and all of the vegetation was brown, covered in a layer of sediment. 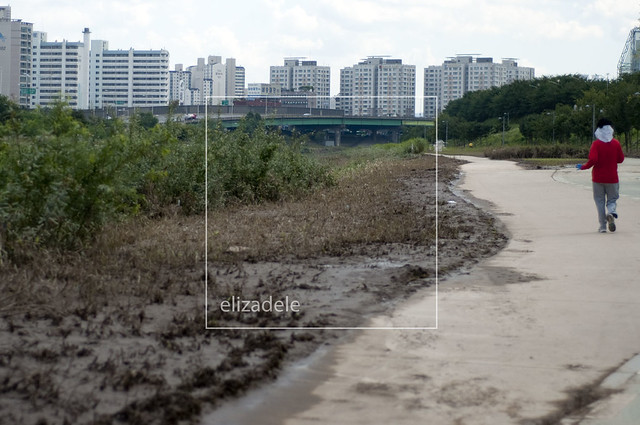 More severe results could be seen where the Dorim emptied into the Anyang.  There debris was scattered on a footbridge spanning the Dorim, and the footbridge’s metal railings were bent.  Guardrails on the north side of the stream had nearly snapped completely off and were hanging down into the water.  Nearby a traffic mirror for the bike path was also downed. 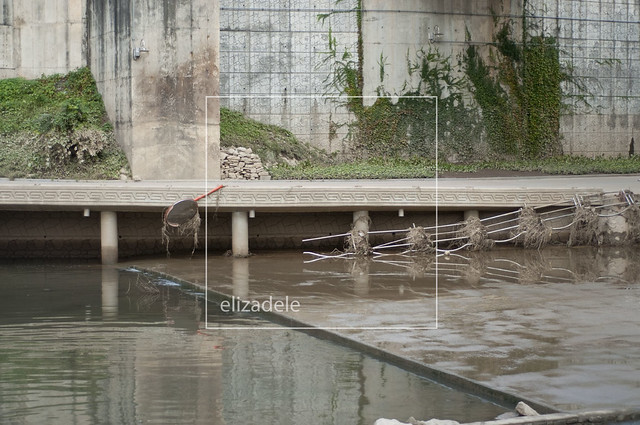 The damage wasn’t keeping the locals, neither animal nor man, from pursuing their usual Saturday activities, however.  Some egrets waded in the shallows of the Anyang in search of food, and on the bank above them, cyclists – several dozen of them – congregated on the plaza underneath the Sinjeong No. 1 Bridge (신정1교).  The spot is a gathering point for cycling enthusiasts and also, gathering from the looks of a couple nearby signs, some local bike clubs.  If you’re at all familiar with the level of seriousness and dedication of Korean hikers it’ll come as no surprise that nearly all of the cyclists here were decked out in biking jerseys and shorts with matching helmets; some even had mini-speaker-systems mounted to their rides. 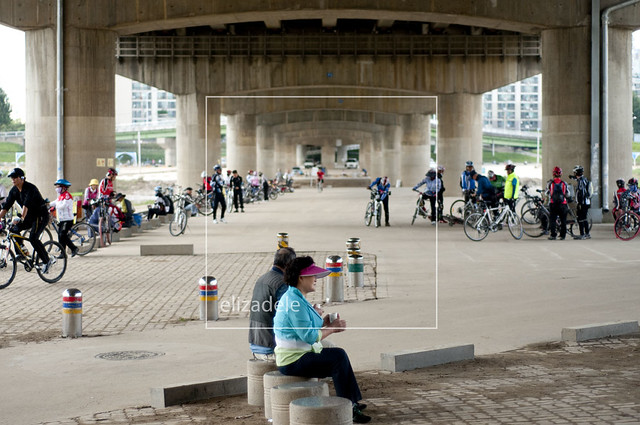 The area was perfectly pleasant for biking (Or serious inline-skating.  There’s an oval just to the north of the bridge.), with large beds of flowers lining the bike path, but along the Anyang Stream too there was still plenty of flood damage to be seen, even more extensive, in fact, that along the smaller Dorim.  It looked as if the Anyang had overflowed its banks by a good 100 meters, as that’s approximately how far a very unscientific pacing-off measured the coverage of mud on the ground.  To the south of the bridge a soccer pitch had been completely turned into a mud flat and looked as if you could go clamming in it, and all along the stream paths were still waiting for a clean-up, though there were crews out starting the job, so by the time you read this it should be safe to bring out the ten-speed and leave the mountain bike at home. 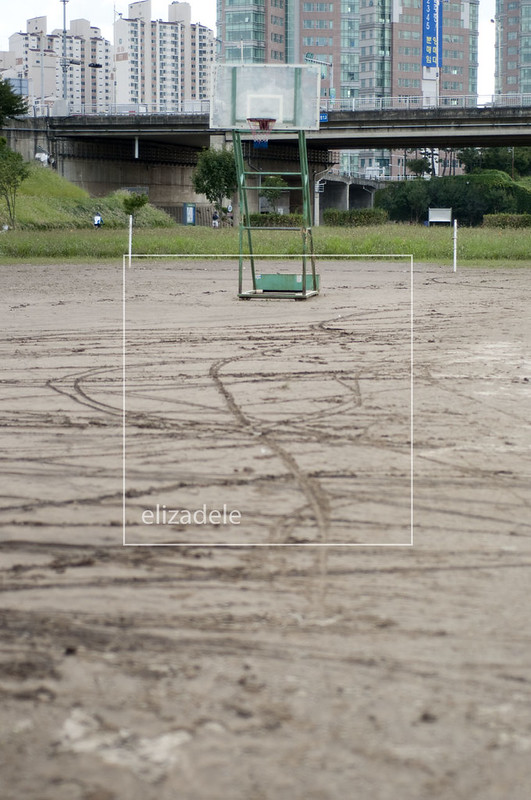 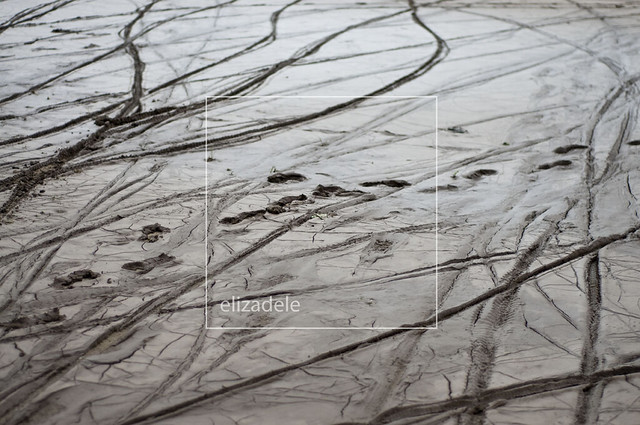